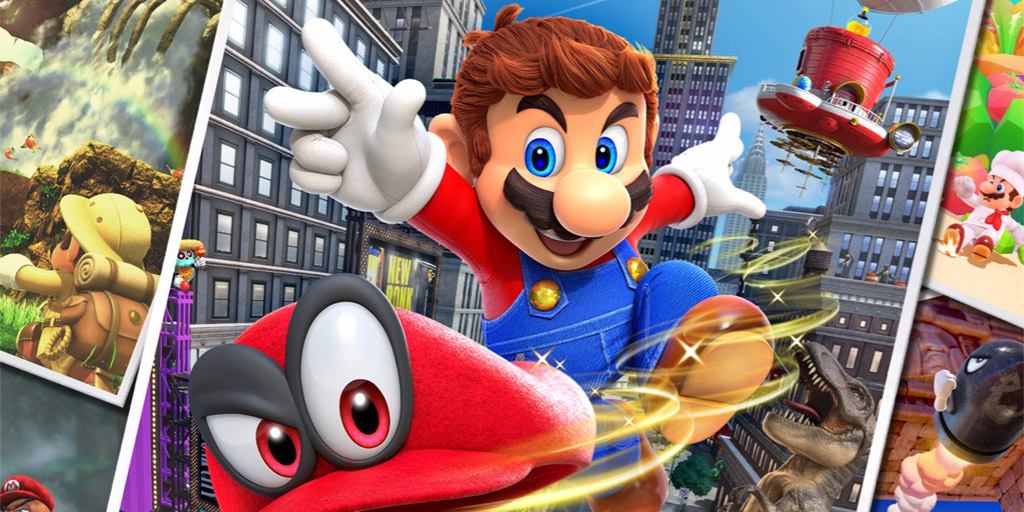 CREDIT: NINTENDO
Super Mario Odyssey offers a lot of charm, fun mechanics and visually stunning kingdoms for players to explore at their own pace.

Super Mario Odyssey is an invigorating installment into the Mario franchise that pays homage to its predecessors, while also offering something new. Mario is, as usual, on a quest to rescue Princess Peach from Bowser, who is traveling to various kingdoms across the globe to steal items for his nonconsensual wedding with Peach. At the beginning of the game, Mario meets Cappy, a hat-like being who informs Mario that Bowser has captured his little sister, Tiara, to act as Peach’s headdress for the wedding. As a result, the two decide to team-up on a globetrotting rescue mission.

Similar to other Super Mario games such as Super Mario 64 and Super Mario Sunshine, Mario and Cappy must explore kingdoms and complete various tasks and battles in order collect moons to unlock new kingdoms. From the stunning waterfalls of the Cascade Kingdom to the bustling streets and towering skyscrapers of New Donk City, Super Mario Odyssey offers a wide-variety of different landscapes to explore at you own pace. One of my personal favourite design elements featured 2D platforming sections with 8-bit art in certain kingdoms. These sections pay tribute to the franchise’s roots, providing older fans with a sense of nostalgia and showing just how much Mario has evolved over the past few decades. The game also offers some vibrant musical numbers, helping set the tone and give life to the kingdoms. Without spoiling too much, there is a very special musical moment in a certain kingdom that is sure to put a smile on just about anyone’s face.

Another feature in Super Mario Odyssey is the ability to customize Mario’s outfit through mixing and matching various hats and suits. Every possible outfit combination also has an 8-bit version for those nostalgic 2D platforming moments.

The mechanics are the crème de la crème when it comes to this installment in the franchise. Mario has the ability to throw Cappy at certain characters/objects in order to possess the minds of his targets and maneuver throughout the kingdom with a new set of abilities and skills to explore and collect moons. From dashing across the Sand Kingdom as a Bullet Bill to springing up walls as a Pokio, I was always excited to find out what quirky character/object I would be able to control next.

In addition to Mario’s traditional long jumps and triple jumps, Super Mario Odyssey offers players the ability to use Cappy to pull off some impressive jumps and reach ledges and distances that would otherwise be inaccessible.

The implementation of Cappy into the traditional mechanics of Super Mario games creates cognitive and physical challenges for speed runners, while beginners can also easily soar through the kingdoms using basic jumps and attacks, making Super Mario Odyssey an all-around entertaining experience for everyone.

One shortcoming would be the fact that some mechanics can only be utilized using motion controls.

The game is also very forgiving when Mario’s HP drops to zero. Mario will only lose 10 coins each time and he will respawn fairly close to where he met his demise.

Another unique aspect to Super Mario Odyssey is how the game encourages and rewards players for their curiosity. Some moons are meticulously hidden throughout the kingdoms and batches of coins will often be positioned at the top of structures and around secluded corners.

With an abundance of charm, fun mechanics and visually stunning kingdoms to explore, it is no wonder that Super Mario Odyssey was the top selling game on Amazon in 2017.