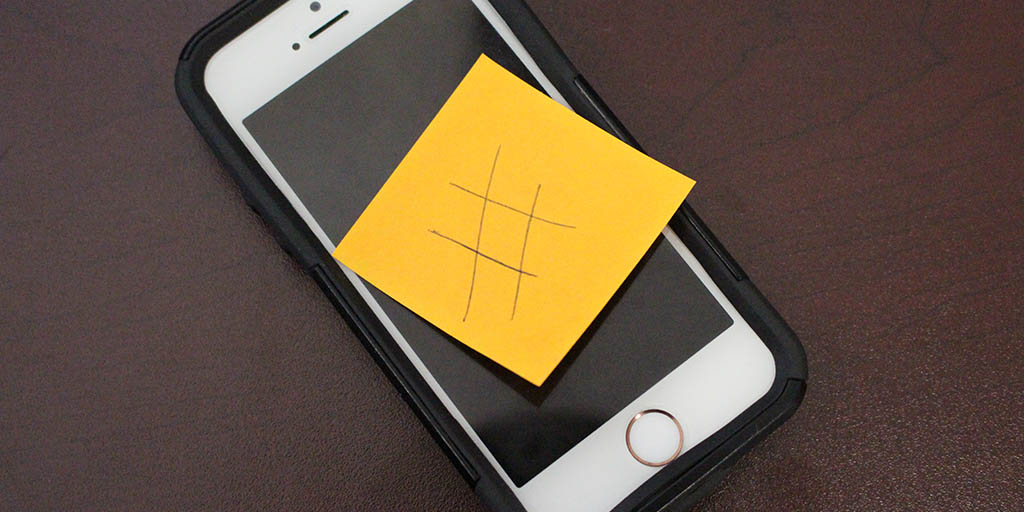 CREDIT: MELISSA NOVACASKA
Smartphones can do a lot of things, but seeing how using them, along with a hashtag, to make a difference in the world, is up for debate.

Toronto (CUP) — Can your smartphone change the world? Author Erinne Paisley offers insight into the importance of story-telling and taking responsibility.

When pop star Taylor Swift didn’t make a single tweet regarding the recent U.S. presidential election, Twitter users shamed her for her political irresponsibility. Her silence posed the following questions: Does participating in social media campaigns and posting about your own experiences count as activism? Is composing a tweet a political act in and of itself? UofT student Erinne Paisley argues that effective activism begins with a conversation and with social media—a process that can happen very quickly and on a large scale. This year, Orca Book Publishers released Paisley’s guide entitled Can Your Smartphone Change the World?

Paisley first garnered Internet attention in 2015. At her high school graduation, she wore a dress, handmade with paper, and with red pen she wrote on it “I’ve received my education. Not every woman has that right. Malala.org.” Her graduation photos soon went viral.

Paisley’s photos have had a significant impact on her life and her activism. Since then, she has worked with multiple activist groups, founded a website called PopActivism, completed an internship at She’s The First, and spoken at the Women in House program through UofT. Paisley is currently enrolled in Peace, Conflict and Justice, and Book and Media Studies.

The Strand had the opportunity to interview Paisley on her views regarding social media activism and political responsibility.

The Strand: Recently there has been a surge of social media activism campaigns, such as the hashtags #MeToo and #YesAll- Women. Why are these initiatives important and more importantly, are they enough?

Erinne Paisley: I think that there’s a lot more that can be done. Thinking of social media as the be-all-end-all isn’t a good way to think of it. But I do think it’s a good platform to do other things—whether that be connecting with like-minded people online in order to organise something offline with those people, or raising awareness through online platforms such as change.org. I don’t think there isn’t any value in doing things online. With the #MeToo campaign in particular and seeing others going through similar things […] there is actual value to that, and I don’t think that that’s acknowledged as much as it should be.

Would you argue that being silent online during such campaigns is socially irresponsible?

When you’re a celebrity in this day and age, there is a certain level of responsibility if you’re going to be present on social media. Because no matter if we like it or not, we end up following people for their brands— not just following someone as an actress, but following someone for who they are. Celebrities have become their own type of media outlet. When you look at the Kardashians and their stances on things, there’s so much power in that. Obviously, there has to be a level of responsibility.

For someone with a normal amount of following, I think it is beneficial to participate in social media campaigns. For topics such as sexual harassment, there can’t be pressure for people to talk if they’re not comfortable doing so.

What do you think about awareness campaigns as opposed to action campaigns on social media?

I think that the best kinds of campaigns on social media do both. “Bell Let’s Talk” definitely takes real action, but also prompts people to share their personal stories through the hashtag. I think that the most effective campaigns are able to use stories to enable action. Even offline, the most effective action comes from stories told in a genuine way that resonate with people and lead them to take action. That is something that isn’t just on social media.

With the current U.S. administration, our generation can feel powerless and let down by modern day politics. What can we do to help in terms of our presence on social media?

We’re not even quite at a year of having Trump around, and people are getting fatigued. Taking care of yourself and not feeling like you have to take on everything, and taking a break from looking at things online is probably one of the most important things to do to avoid burnout.

In your book, you encourage people to make posts and blogs online about the issues they are passionate about. How can we be sure we’re heard when everyone is doing the same?

I think that you have to focus on telling a genuine story about what you care about, and the way to do that is to talk about something that is specific to you, something that has affected you, something you feel passionate about, and then hope that that story can connect with someone in a real way—even if that’s just one person. For example, when the photos of my graduation dress went viral, that was not intentional. If I had gone and done something to seek a large audience, I’m sure it wouldn’t have happened. The reason I made and wore that dress was because I wanted to, and it felt like a statement that resonated with me.

This interview has been edited for clarity and length.
Editorial opinions or comments expressed in this online edition of Interrobang newspaper reflect the views of the writer and are not those of the Interrobang or the Fanshawe Student Union. The Interrobang is published weekly by the Fanshawe Student Union at 1001 Fanshawe College Blvd., P.O. Box 7005, London, Ontario, N5Y 5R6 and distributed through the Fanshawe College community. Letters to the editor are welcome. All letters are subject to editing and should be emailed. All letters must be accompanied by contact information. Letters can also be submitted online by clicking here.

Fanshawe MIA student, Molly Roach, shares the tales and tricks of the trade

Fanshawe MIA student, Molly Roach, shares the tales and tricks of the trade