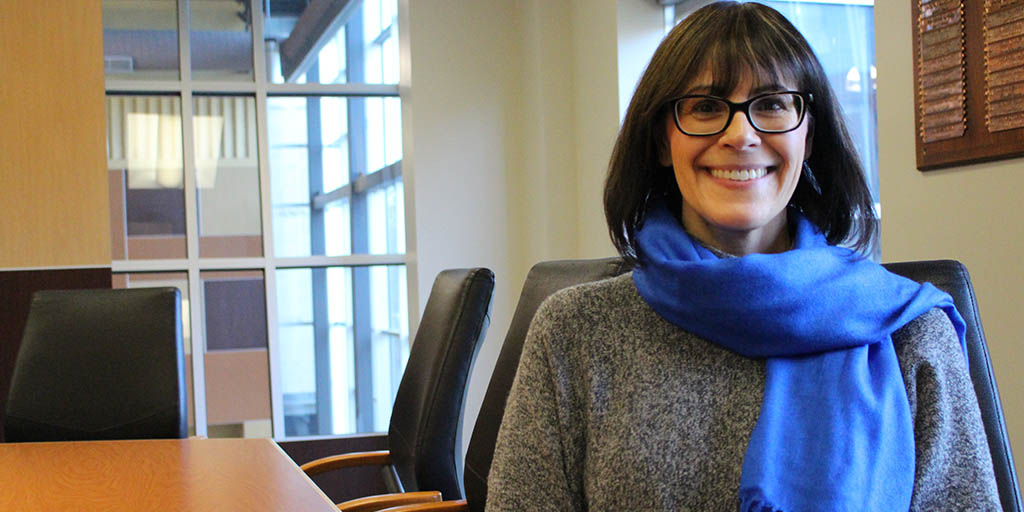 CREDIT: JEN DOEDE
MPP Teresa Armstrong spoke to students on campus regarding the impact the Ontario College's faculty strike has had on them.

On Nov. 24, New Democratic Party (NDP) MPP for London-Fanshawe Teresa Armstrong visited the Fanshawe London campus to speak to students regarding the impact the Ontario college faculty strike has had on them. “I really wanted to hear from students directly how they were feeling when they got back to school,” Armstrong said.

Armstrong explained that she has received a number of emails from students, parents, faculty and other members of the Fanshawe College community regarding their concerns pertaining to the strike.

Armstrong had the opportunity to speak to students from a wide range of programs including marketing, human resources management, construction, health and international business. The consensus was that students are relieved to be back in class and are trying to have a positive outlook regarding the rest of the academic year. However, students expressed concerns to Armstrong regarding financial hardships and how worried they were about assignments becoming compressed due to the strike.

The group of marketing students Armstrong spoke to said they would have liked to have had more communication throughout the strike. Armstrong explained that the students were receiving some false information from some individuals regarding the strike and were unsure of what the truth was.

Another talking point raised by students was how the strike affected their mental health. Some students explained that they were feeling stressed, anxious and depression throughout the process.

Armstrong explained that she gave students her contact information in order to offer students support and direction towards helpful resources. Armstrong was doing what she could to assist them in recovering from the hardships of the strike, such as providing information regarding the Student Support Fund. In addition, Armstrong wants to listen to concerns from students in order to raise them to the government and try to help alleviate these concerns.

Armstrong is also wondering if there will be enough services to assist students with their mental health this exam season.

“We felt that we needed to make sure that legislation was debated and went through a democratic process before it was voted on,” Armstrong said. “We worked through the weekend to make sure we held the government accountable to that legislation and got on the record the voices of students and what is happening in the workplace with regards to the faculty's challenges that they were expressing with contract [positions].”

Armstrong explained that she will return to the campus once again to follow-up with students to see how effective the plans to support and accommodate students have been.