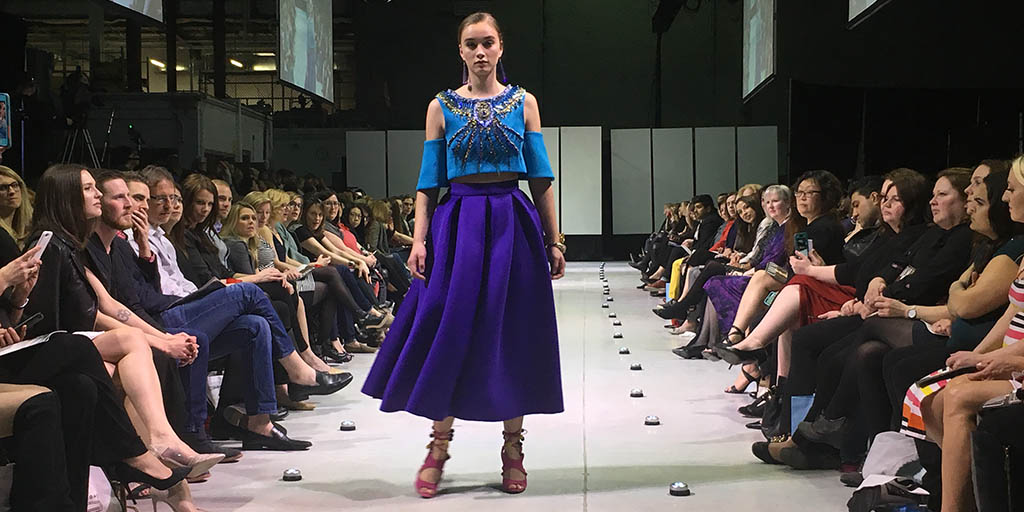 CREDIT: ALL PHOTOS COURTESY OF MELISSA NOVACASKA
Fanshawe's graduating fashion design students debuted their year-end collections during the 11th annual Unbound fashion show on April 13 at the Norton Wolf School of Aviation Technology. This year's theme was "Craft and Machine".

In its 11th year, the show was held for the first time at the Norton Wolf School of Aviation Technology at the London International Airport.

The “Craft and Machine” themed show featured five looks each from 18 students’ final collections, in a New York-style runway show.

With the show set, models strutted up and down the white runway to the beat of music that best represented the overall atmosphere of each collection. 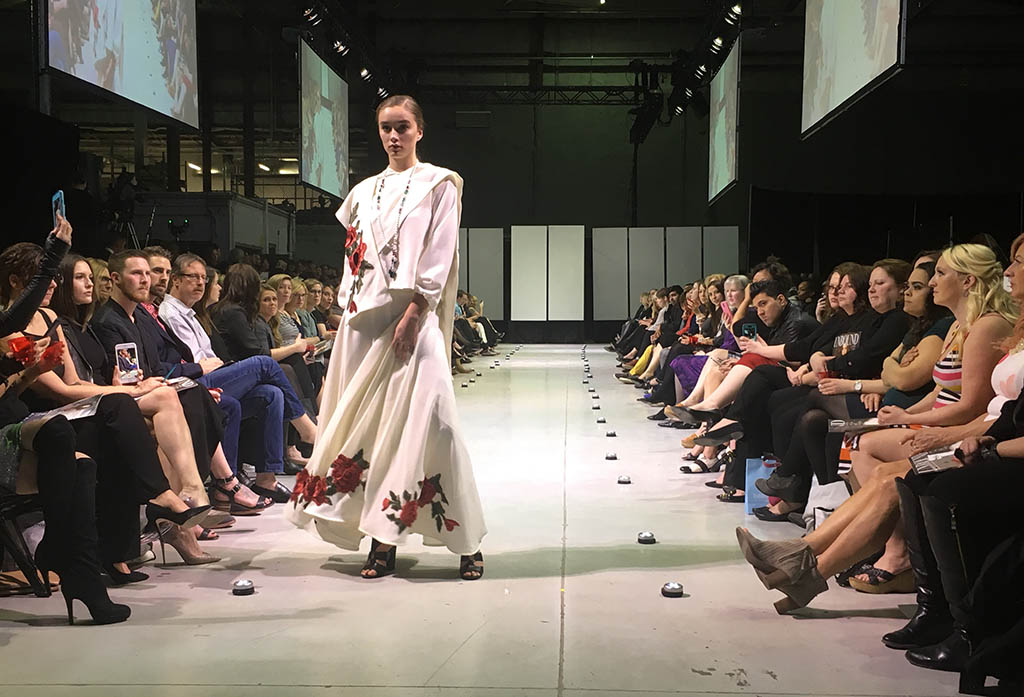 A variety of fabrics turned into day and evening wear, with some being simple yet elegant pieces and others having more beading, lace and intricate detailing. Some collections were full of bright primary colours, while others either stuck to neutral tones or shades of black, white and grey.

Batya Isaacson, whose “Ode to Wandering” collection made the cover of this year’s Unbound magazine, was pleased to see how everything came together.

With a collection of entirely white garments that included a number of different textures, floral detailing, ruffles and beading, her collection included a variety outfits including a bridal inspired dress. 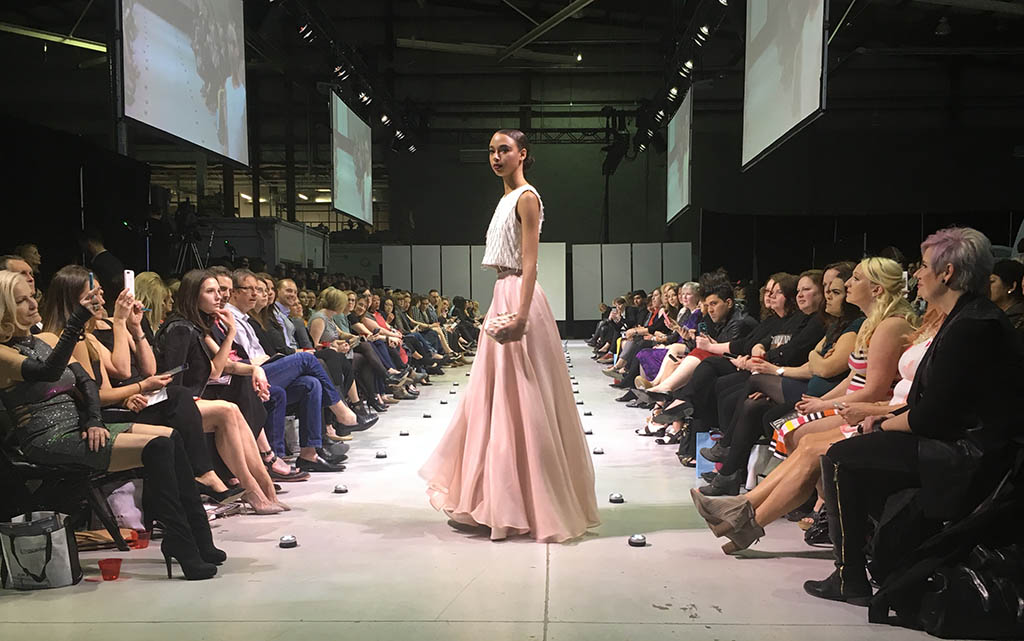 “I think it went really well, it’s sort of amazing to see something that’s been an idea on a paper, actually come [to life]. I’m just happy,” Isaacson said.

Designer Katie Simms, whose “Ethereal Beauty” collection was inspired by flowers, was nervous but excited to showcase her work.

“My collection, it’s about inner and outer beauty and the conflict between the two. It’s very feminine and girly and it looks like the traditional views of beauty, but there’re a lot of layers and delicate fabric, so it’s kind of like who you are on the inside versus who you are on the outside,” Simms said. 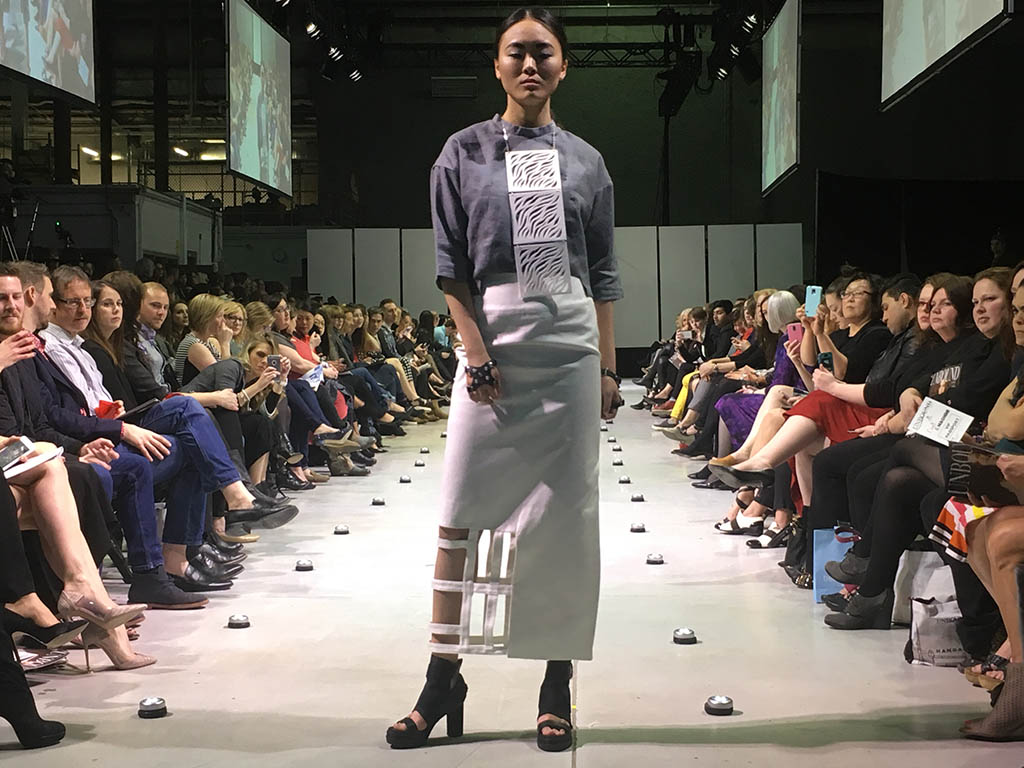 David Dixon, who was recent recipient at the Canadian Arts & Fashion Awards (CAFA) said it was “magical” seeing the evolution of the students’ original “designs and doodles” come to life on the runway.

Dixon, who described the students’ sketchbooks as “literature”, said each designer’s collection evolved into individual and diverse creations, with their own point of view. 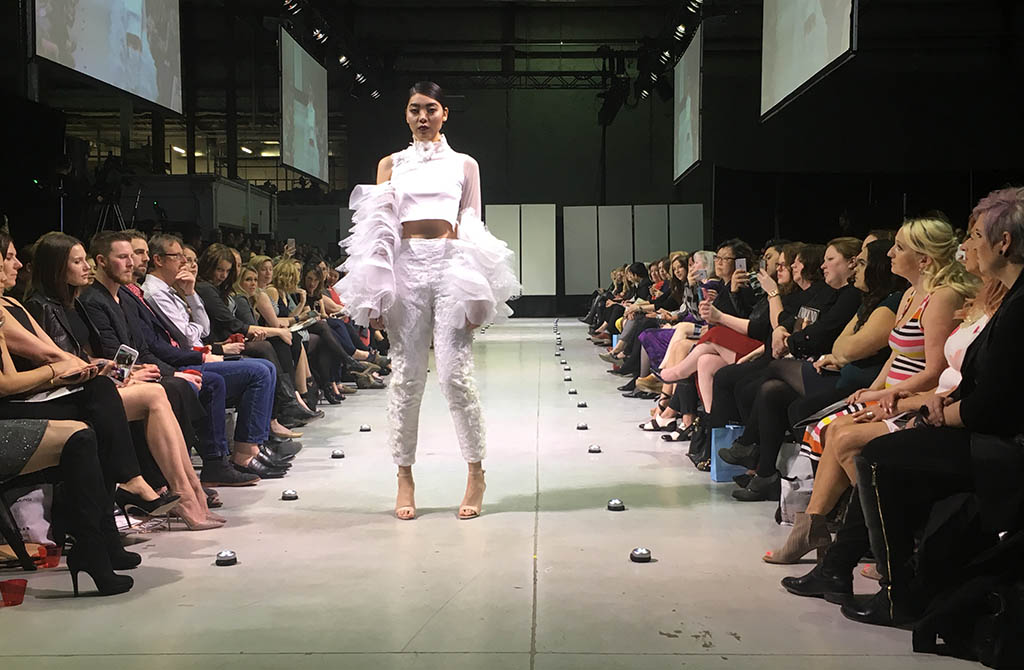 “No two collections were blurring into each other so everyone had a very distinct sort of voice, a very unique take on what they think fashion is and that’s what I really like to see. I like to see diversity and different manipulations and different takes on what they consider as modern,” Dixon said.

According to Dixon, just like the world is watching Canada for its fashion, Canada in particular is looking at London.

Jeanne Beker, a pioneer in fashion journalism had positive feedback regarding what she saw. 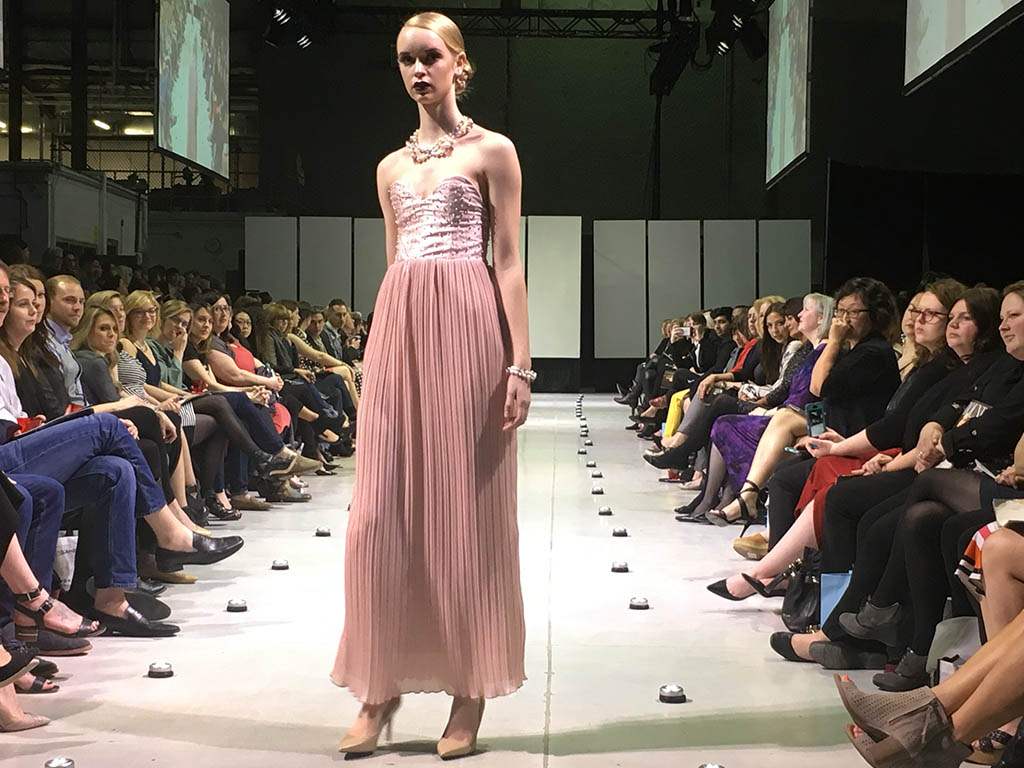 “I thought it was wonderful, it’s so exhilarating to see the kind of diversity of designers and design concepts and just styles and attitudes, I thought that was really exciting,” Beker said. “So many variations on themes and fabrications and techniques and just the difference of attitude I think is really, really exciting. It’s going to be an interesting journey for all of them, I’m sure.”

Beker was quick to point out there wasn’t a single design she didn’t like, noting some were more “challenging and dramatic” while others were more “conventional and commercial” and “theatrical, folkloric and ethnic”. 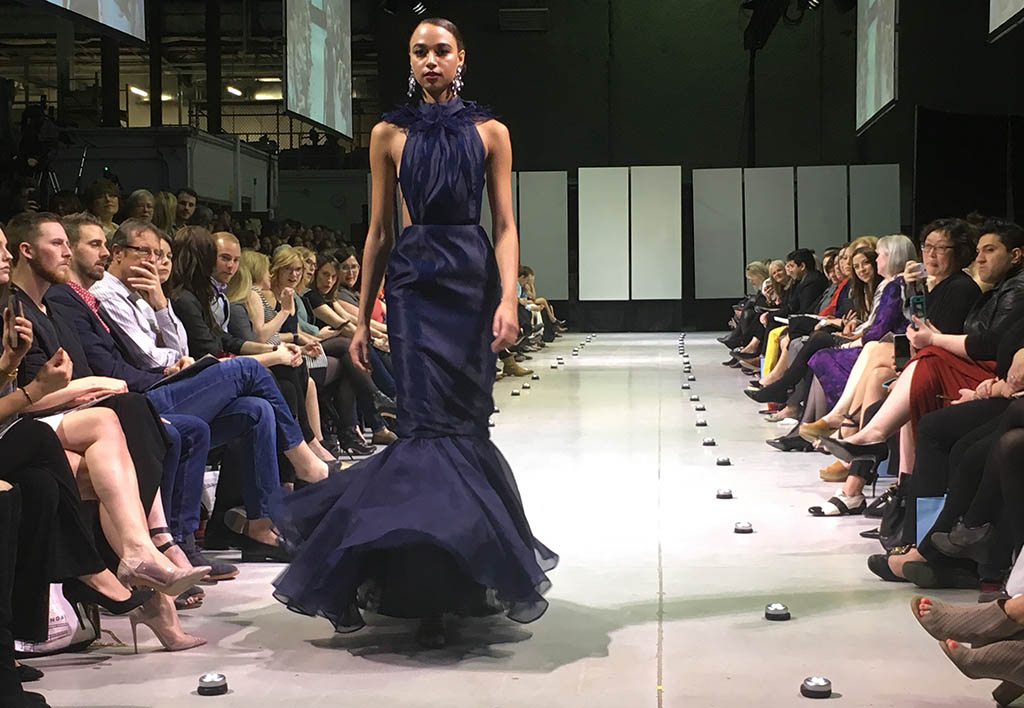 “I think that’s what’s so interesting, there’s room for everyone on the fashion landscape, it’s just a matter of hanging in there and [knowing] how are you going to really make what you dream come to life and really resonate with the customer,” Beker said.

With the industry always evolving and becoming a more difficult place to land a stable career, Beker said she doesn’t want people looking to get into the industry to be discouraged.

“If you really have the stuff, it’s doesn’t matter where you’re from, you’re going to be able to do it, you just have to keep your eye on the prize, you have to be fearless and tenacious and hopefully you’ll be able to do it.”