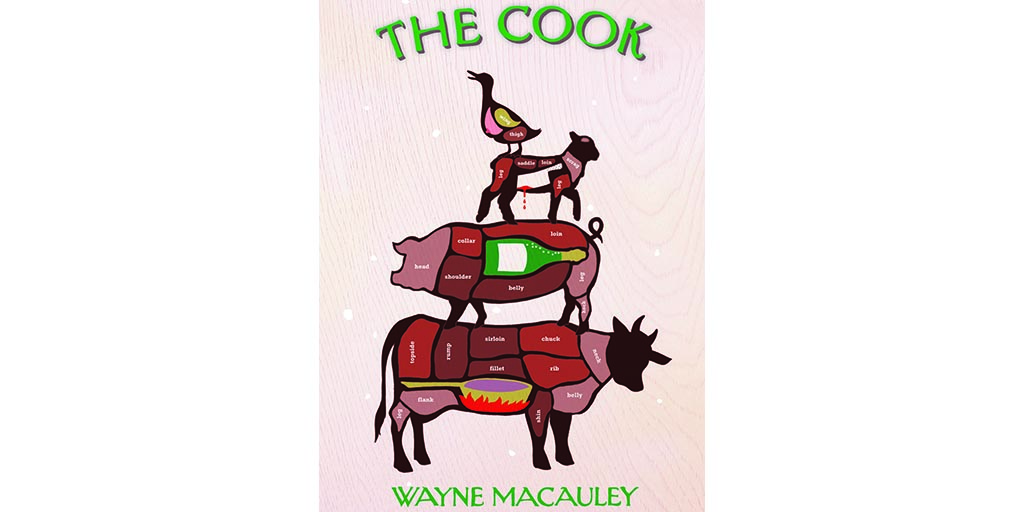 CREDIT: TEXT PUBLISHING
There's more to cooking than 30-second cooking videos on Facebook, and The Cook doesn't shy away from it.

Come for the gourmet food information, stay for the story of exploitation and late-stage capitalism.

Wayne Macauley's novel The Cook has just the right amount of social satire to make it a quick read while still provoking thought about the food and service industry.

The Cook opens with Zac, the novel's narrator, arriving at a massive farm.

He and 12 others are part of a program that turns troubled delinquents into top-of-the-line chefs. Under the watch of Terry Fabian, and the terrifying head chef, Zac learns the ins and outs of fine dining and he dreams of opening his own restaurant and rising to the top of his trade.

However, students and teachers begin to drop out left and right. Zac is whisked away to a mansion in the middle of the night, where he's tasked with cooking for a wealthy family. There, he continues his quest to rise above the rest and become the best chef he can be.

Therein lies one of the resounding messages of the novel: simple dreams will always be tainted and manipulated. Whether this manipulation comes from inside or externally, however, is up for debate. As a reader, you get the experience of seeing firsthand how ambition clouds Zac's thinking.

The first-person narration and its unique style is one of the most interesting parts of the novel, punctuation of any kind is rare. You will most likely find yourself skimming sentences or paragraphs while reading; this book will drag that habit out of you.

It takes a bit of time to get used to, but it ultimately feels more personal and intimate. You really know that Zac is telling the story exactly how he sees and feels it. Oddly enough, the lack of punctuation makes descriptions poetic, it almost gives every word the same amount of importance.

It's an odd sort of poeticism, not the flowery kind you'd see describing romance. There's no shying away from the brutality involved in creating the perfect dish. Cooking is treated like an art, but it's described like an act of violence. It's an odd dissonance, but it really makes you appreciate the effort and sacrifices made in almost every single meal prepared.

Zac doesn't seem to mind the violence involved in cooking, and if anything seems to be indifferent to it. The descriptions are so numb and presented with a lack of awareness. There's a dark underbelly of extremely fine dining explored in this book.

The book also exposes some of the hierarchical issues rampant in late stage capitalism in an increasingly satirical tone. Money seems to be no object, with the finest ingredients being purchased indefinitely on credit. There's no promise of ever paying back all the dues owed; the Master is a wealthy businessman, so he should share that wealth where it's due, right?

There are many injustices committed in this novel, and most of them should be experienced best by simply reading the book. The ending is one of the most grotesque and intriguing twists in recent years, and no more will be said about it. It truly must be experienced firsthand.

If you've ever watched a 30-second cooking video on Facebook and wondered what extreme fine dining is like, this book will give you all that you need to know, and more than you ever wanted to know.
Book Review Books Dining