What's gender got to do with it? 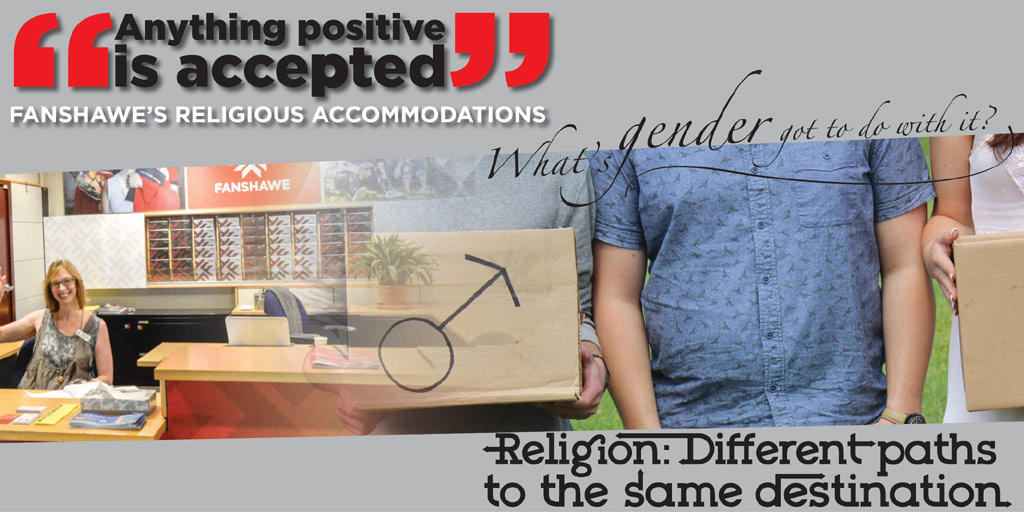 our genitals do not determine your gender. Biological sex and gender identity exist on two separate spectrums and they don’t always correlate.

Biological sex pertains only to chromosomes, hormones and genitalia, but that doesn’t define a person’s inherent identity. It becomes clear just how separate these two topics are when looking at cases of identical twins where one experiences gender dysphoria and the other does not.

For those who don’t know, gender dysphoria is a state of dissatisfaction or distress with a person’s physical attributes that often leads to anxiety, depression and suicidal thoughts. Gender dysphoria can start at an extremely young age said Claire Salisbury, a registered psychotherapist and Canadian certified counsellor in London with an MSc in clinical psychology.

“There are thoughts within the literature that gender identity may be more malleable in childhood and that it starts to become more solidified in teenage years.”

Salisbury made a point of stating that this is only one stream of thought and that gender fluidity with regards to age is still a highly controversial topic within the scientific community.

While research has yet to find a definitive and universal answer as to what exactly determines gender identity, it’s important to note that gender identity isn’t some fashionable new trend like veganism or being gluten free. It’s a fundamental part of human existence and people need to be able to express themselves whether they’re cisgender, transgender, non-binary, gender neutral or gender fluid.

You may not have heard of the latter three of those terms, but they are extremely important for many individuals, specifically those with disorders of sex development (DSD).

People with DSD have genitals that don’t represent conventional male or female anatomy and are often given reconstructive surgery as newborns to ‘correct’ it. It’s up to the surgeons performing the operation to make an assumption of what sex the child should be, but this can lead to complications if these individuals identify as another gender than the one assigned to them based on this surgery.

To make matters worse, it’s a common occurrence for people born with DSD to never know about it, which highlights the questionable ethics behind this involuntary, invasive and often unnecessary procedure.

Salisbury had some choice words to say about the risks of these procedures. “There might be the need for invasive surgery later on in life due to the presence of constructed genitalia which does not match with the individual’s sense of self, their true sense of their gender identity down the road.”

When asked about her own opinion, Salisbury said, “I would argue that reconstructive surgery on genitalia in babies should not be done. I believe it should be the individual’s right to choose what their genitalia ultimately is and looks like on their own and not have it be the decision of their parents or their doctors … I think it’s important for the baby to be able to grow up and to see which gender identity arises within themselves given the difference [in] biological categories of sex that might be within their bodies.”

Salisbury concluded by saying reconstructive surgery should be an elective procedure undergone later in life when individuals have a true sense of their identity.

The binary categories of sex and gender are clearly outdated constructs that are harmful to many people who don’t fall into these categories. While they may be important labels for some people, the world shouldn’t rely on them as fundamentals in order for many others to be able to live authentically and embrace who they are. With over seven billion people in this world it’s hard to believe that every unique being will fit into a neat little box of male or female.
Diversity Gender

1
Black History Month artwork submissions: Black is beautiful
2
The loss of language and culture in Indigenous communities
3
Formula One's diversity dilemma
4
How you can participate in Black History Month
5
A note from the Fanshawe College Director of Equity, Diversity and Inclusion