The little-big things you never remark before they strike 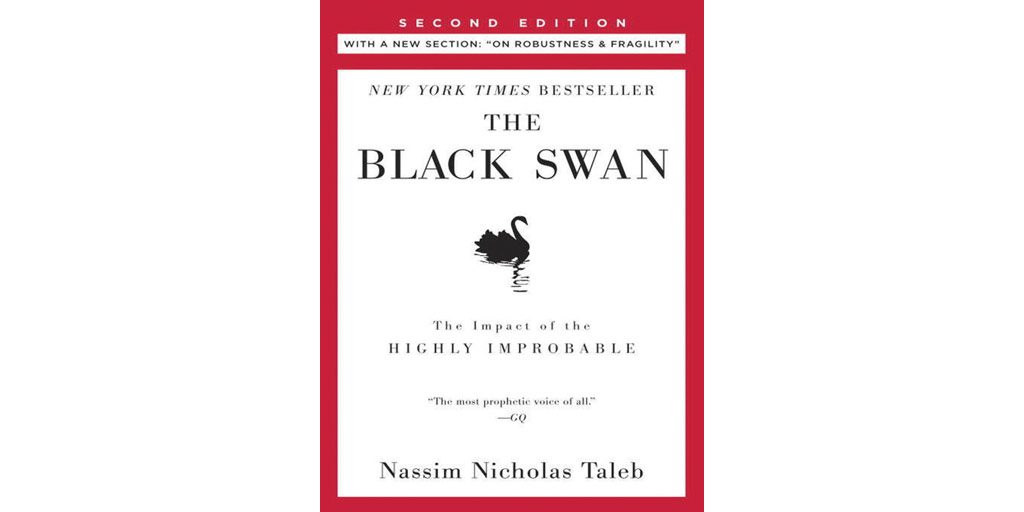 Let’s imagine that you’ve decided to put money on an event with a random outcome. For example, someone tosses a coin, and you need to guess whether it’s head or tail. Sounds simple, isn’t it? You know that this game is 100 per cent fair, and your chances are 50/50. But here is a weird thing: last 49 tosses out of 50 were the tail ones. What would you say? Is it possible at all? And the most important question, what logic will you rely on when the bets are increased?

The Black Swan: The Impact of the Highly Improbable is a popular- science book written by a successful Wall Street trader and an economic philosopher of Lebanese origin Nassim Nicholas Taleb.

In this work, a person whose whole life was dedicated to the prediction of unpredictable events on the stock market shares his great experiences.

In a nutshell, he tells readers about one integrated idea: how our inability to estimate the impact of unlikely things (so called “black swans”) affects the world we live in on every level.

Consider, who knew in the begging of 20th century that a murder of Franz Ferdinand could cause World War I? Who could foresee the great depression in the United States in roughly four or five years before it occured?

What Taleb actually wants to show us is how we are normally biased towards any big change that can happen whether in the economy or in our everyday lives.

We are deeply inclined to trust educated authorities, but not our own feeling of truth and how it is hard sometimes to go against the common narrative based on statistics.

The Black Swan holds that this problem is due to three things: we are afraid of sudden changes; this is our biological nature, and we simply cannot define if the data we use to justify our version of the future is the right data.

To illustrate his ideas, Taleb resorts to brilliant examples.

In regards to the right data, just imagine again that you have 100 people lined up on a football field. If you need to count average amount of teeth all these people have, average weight, or quantity of fingers on their hands – the maximum alteration here will be low.

You basically cannot get so many people of the same age who have either too many teeth, too much or too little weight or fingers to exceed the border of one or two per cent from the whole amount.

However, if you decide to count their income, tumors, number of children, number of times they have been to Europe, the alteration will be so high, and one person can make 99.9 per cent.

This is what he called the difference between Mediocristan and Extremistan data. Taleb said that it is always an issue to understand whether we are dealing with the first or second type of information, when only the first one can be used for proper statistics, and only the second one by its nature has greater impact on life.

The Black Swan is felt like a cold shower in the middle of the summer. When inquisitive Taleb revealed his thoughts about “arrogance in cognition”, how we are attached to forecasts and status quo in our life, you will automatically start to understand the borders of our ability to describe the world.

Taleb’s book is an outstanding example of genuine anti-dogmatic and a free thinking approach in all senses. By its very style, it shows us how much we can find out about the events around us if we appeal to common skepticism and stop thinking that we know our tomorrow as good as yesterday.

In the modern world of rapid changes, when everything’s getting turned upside down, it’s quite a critical thing to know how to prepare for the upcoming tendencies.

Many of us consider the world as controlled, predictable and chaired by human knowledge which is, in fact, not always correct.

In order to invest our money wisely (and there are certain tips on that too), not to get caught off our guard when a new crisis or new economic miracle happens, we should be aware of at least what information we can trust and what we should be more cautious about. The Black Swan gives readers that precious information.

By the way, the very first example with the coin tossing was Taleb’s personal test to define reader’s aptitude to free thinking. What would you put your money on if you had to?
Book Review Books

Getting rid of your tattoos on a student budget