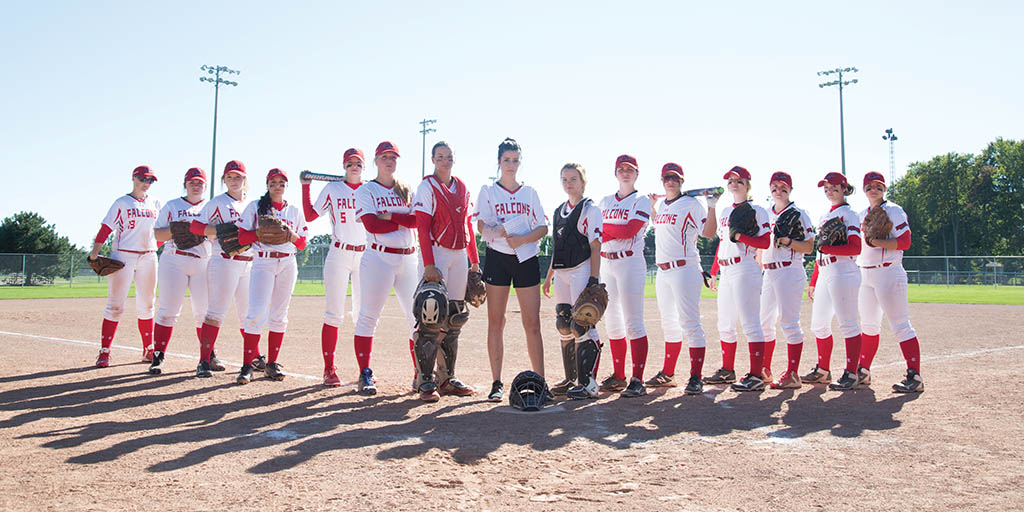 CREDIT: FANSHAWE ATHLETICS
With an impressive season and only a few games to go before provincials, Fanshawe's women's softball team are well on their way to bringing home the gold #squadgolds.

This season, women’s softball has been playing with true grit and one shouldn’t be surprised with the success the team has seen; they have seemingly picked up where they left off last season, but with this current season, they want to take the final step forward towards the top.

With the team’s record of 15-5 and the Oct. 14/16’s doubleheader winner, the Fanshawe team has managed to clinch a spot in the Ontario Collegiate Athletic Association (OCAA) Provincial Championship and they still have four games remaining in the season.

Last year’s success for the softball team was an overall mixture of sweetness and bitterness. They closed out the year with a 17-7 record and were able to snatch the bronze medal; this season they want to the change the colour to gold.

Both women’s softball and men’s baseball are tremendous in their efforts this year, the baseball team is tied for second place in the OCAA baseball standings, they will also have the chance to play in the Provincial Championship.

The softball coach Catherine Arthur gave her thoughts on her team’s success.

“We have a great group of players who constantly work hard to be able to play at their best. Because of this we have had some great success over the last couple of years and hope to continue that tradition through the OCAA championship this week.”

The team has a strong coaching staff, a positive team attitude with skill to back it up and they have had profound success since the beginning of the season. With the team record and their ability to keep trudging forward, they are looking to finish off the season positively and show their skills in the championships.

Just like the women’s and men’s soccer team and the cross country team, softball and baseball have made their mark this season with exciting games and fantastic players that help bring in the crowd.

Fanshawe continues to show off their athletic department with all the sports teams having massive success and the school can only hope they win it all and that the teams in front lead by example for the other sports teams that will start up soon.
Athletics Fanshawe Falcons Softball

How to stay financially safe this Halloween

Knights' Night: Is the Knights' top line gone for good