Falcons hopeful to see an immediate benefit to this season, with addition of five new assistant coaches 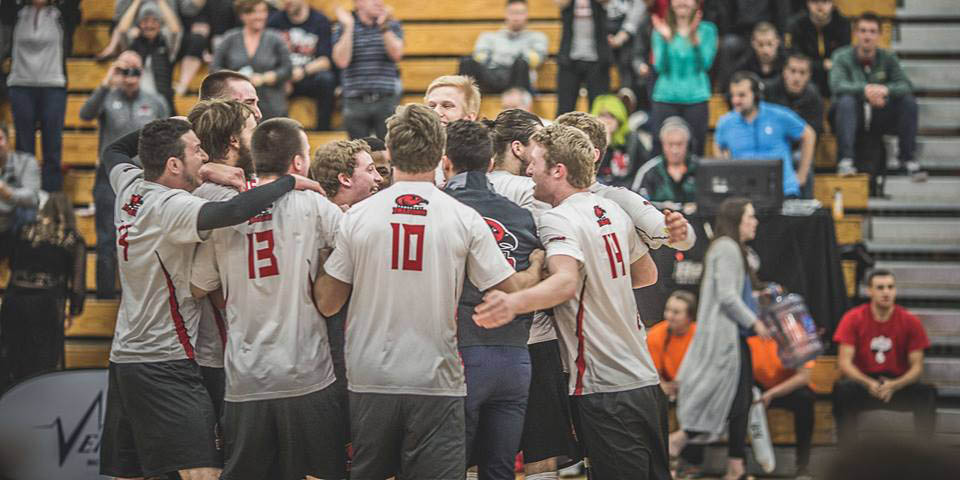 Five new assistant coaches were added to this season's varsity teams, bringing their skills and experience a long with them. The teams will hopefully benefit from the new faces joining varsity sports.


Fanshawe Falcons are ready to welcome five new assistant coaches to its varsity staffing team for the 2016 to 2017.

“Adding these five new assistants is really going to increase the level of coaching that we have for our teams,” Nathan McFadden, manager of athletics said. “A couple of them bring significant experience with them, in their background, both as players and coaches, so we are really excited to be able to add that level of experience to our already experienced head coaching staff,” he said.

Each coach has a one year contract that is renewable, though McFadden said it’s harder for the school to keep the coaches, than the coaches leaving the school.

McFadden said the department is always open to adding the “best people” to each team, whether that be a player or a coach. “We’re constantly looking to increase the level of experience and expertise that you have on your coaching ranks, and as a program overall, so it’s something that is an annual thing for us,” he said. “We’re really excited to add the caliber that we’re bringing in [for this year’s teams].

McFadden believes the five teams will see an “immediate benefit from the level of experience that [the coaches] bring.”

When looking to add new coaches to the Falcons, McFadden said he wants someone who has won in the past, but right after that, is someone that has the experience and understands what the collegiate level is all about, and that academics come first.

The first things students come to Fanshawe for is a degree or certificate, MacFadden said.

McFadden said a coach who can help students balance academics, life and sports is an important quality he looks for when wanting to add a new coach to a team. It works even better if the coaches themselves were once college or university athletes, since the connection to their new team will be even stronger.

“That aspect of understanding that they [coaches] bring of what it takes to not only win, but also the academic life balance that has to come into play for all of our student athletes is something that they’re able to share, because they’ve gone through it and had those time management issues,” McFadden said.

Overall, McFadden is positive about the coaching selections.

“I think it’s going to be a really, really, strong year for those teams [who added new coaches],” he said. “We’re really excited to get everything going and look forward to seeing all the students at our games.”

Here’s a quick look at how the new assistant coaches stack up:

Nicole Carriere, has been the associate coach for the women’s basketball team for the past three seasons. According to McFadden, she’s “really well versed in the technical side of the game.”

John Caulfield, was a studentathlete in the CCAA where he was a point guard for Mount St. Vincent University in Halifax and won his team’s conference championship for the five seasons he was playing, according to an Au. 30th press release. He has coached at the high school level, and brought the team to the Provincial Championship, in his second year.

Denise Fortin is probably the biggest edition to the teams this year, McFadden said. “Her level of playing experience both as a student athlete, National Collegiate Athletic Association (NCAA) and [her] ability at the coaching level is really going to compliment our new head coach Mike Marcoccia. So we’re really excited to add someone of her caliber to the program,” he said.

Fortin was captain of Team Ontario in her division from 1998 to 2001 and she has been with the National Training Program of Ontario according to the release. Fortin went to Tusculum College in Tennesse for four years and was named the team’s captain, the youngest in team history. She was MVP in her junior and senior years, and twotime ESPN First Team Academic All-American. Fortin was inducted into the Tusculum College Women’s Soccer Hall of Fame and was recently named the co-captain of the semi-professional FC London team, according to the release.

Mathieu Poulin was Fanshawe’s Male Athlete of the year just three years ago. He was the OCAA West Scoring Champion, an OCAA First Team All-Star and an OCAA Championship All-Star, the release said. “He brings a ton of playing experience and high level playing experience to our program and will be a great addition to [the team],” McFadden said. Poulin led the Falcons to the OCAA bronze medal, the third medal in the team’s history at that point. He previously played four years at Western University.

Sean Tilden was associate coach of the cross country team last season. He ran for Fanshawe in 2007 to 2008 and his team won the Provincial Championship and bronze at the Nationals, according to the release. Tilden was an OCAA All-Academic, CCAA National Scholar and CCAA Academic All-Canadian.