NHL glides its way back to London 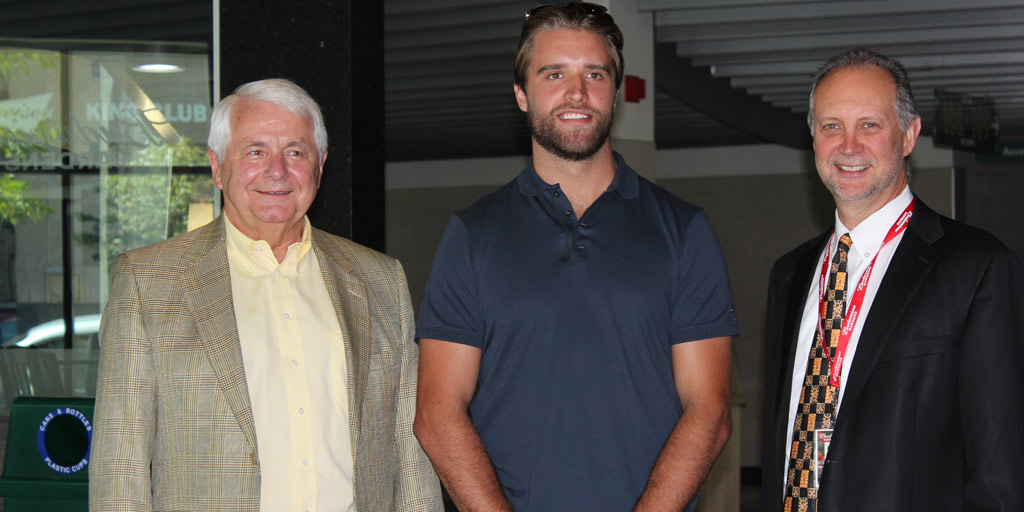 NHL will return to London with a preseason exhibition game between the Florida Panthers and the Dallas Stars on Oct. 2, at 3 p.m. at Budweiser Gardens.

Although it will be the first time the two teams have played in London, it is the 12th time the city, alongside Scotiabank, has hosted an NHL preseason game, according to a press release.

“This is a wonderful opportunity and again exemplifies the fact that London is a sports city,” Winston said during the press conference.

“It draws people to the community, not only from the region but from out of town and it’s another indicator that we have the capacity and the ability to bring events of this magnitude to the city,” he said at the conference.

During the conference, Ohl said that with the help of a steady city leadership and strong community support for events Budweiser Gardens, London has become a “desired destination” for top performers, sporting events and other events from all over the world.

Ohl also noted during the event how the city did not have an NHL preseason game last year, and heard about it from the community.

The community loves seeing the “players live before they hit the ice for the regular season,” Ohl said.

“We are fortunate that the Florida Panthers have decided and made the call to spend one of their home pre-season games here against the Dallas Stars,” Ohl said at the event. Ohl said the Panthers’ senior leadership team has been to the Gardens before, and knows how great the facility is, as well as the strong support of the community.

“I think for the [Florida Panthers] it was an easy decision to come up here. So I’d like to thank the Florida Panthers organization for their belief in London and for returning pre-season NHL to Budweiser Gardens,” Ohl said.

“We are very excited to showcase Panthers hockey outside of South Florida to a great hockey town like London,” he said in a press release. “Budweiser Gardens is a first class facility and an excellent venue for fans to watch [the] two exciting, 2015- 2016 division-winning teams, Florida and Dallas face off. It is sure to be a terrific event for both the players and the city of London.”

Ekblad said how special it is for him to come back to London having been here for his minor and junior hockey days, and notes London as always being the best team in the OHL and minor hockey alliance.

“It’s definitely a cool experience and opportunity to come back and get a chance of redemption, [and] play in this building again,” Ekblad said. “It was nice to come here [to the conference] and just show support for the event.

During the conference, Ekblad reminisced about when he was captain of the Barrie Colts, and got to drop the puck when the Ottawa Senators and New York Islanders played their preseason game in Barrie.

“Congratulations London for having this opportunity and thank you for bringing in our team as well as the Dallas Stars to play,” he said at the conference. All three men seem optimistic for a great turnout.

“Hockey will be on the minds of many people, the [London] Knights will be coming back and hockey fever season starts and it’s a great way to start the whole thing with two NHL teams playing,” Winston said.

Tickets went on sale Monday Aug 15, at 10 a.m. and range from $27 to $72. They can be purchased online budweisergardens.com and by phone at 1-866-455-2849. They are also available in person at the Courtesy Ford Box Office at Budweiser Gardens, BooksPlus and the Fanshawe College Biz Booth.
Budweiser Gardens Hockey London events NHL