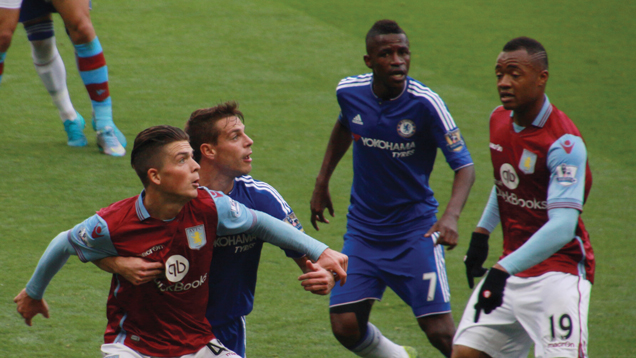 The 2015-2016 season has seen one of Aston Villa, England's most historic Premier League clubs droop to 20th.


Another week of Premier League football down and it is starting to look inevitable. Aston Villa, one of England's most historic clubs are currently sitting in 20th position in the league, their 16 points leaving them eight points from safety.

To put it as generously as possible they're playing like utter crap, the only compliment that can possibly be directed toward this group of players is that they won't break the record for the worst points tally in Premier League history (Derby County's 11 points in 2007—2008). Regardless, their 28-year stay in the top flight appears to be coming to an end.

A fan video uploaded to YouTube shortly after their 6-0 loss to Liverpool, their worst home defeat since 1935, prompted supporters of the Birmingham-based club to brand themselves a laughing stock, likening the situation to watching a loved one fall ill. Notable pundits also weighed in, with Jamie Carragher labelling them ‘an embarrassment', and former player Paul Merson labelling the match ‘the worst performance I've seen from Aston Villa'.

It represents a remarkable downturn in fortune over the last decade, with the club having found little success since the departure of Martin O'Neill in 2010. During his four years at the helm, he led the former European Cup champions to three consecutive sixth place finishes, narrowly missing out on Champion's League qualification, though managing qualification for (now defunct) European competitions such as the UEFA Intertoto cups. Unfortunately for the club, a dispute over transfer funds would see O'Neill leave the club just days before the 2010—2011 season was to kick off.

That year would also see the last time that Villa finished in the top half of the Premier League, their ninth place finish followed by a series of increasingly poor seasons under the stewardship of managers who were never able to last for more than a year. Additionally, the club has become a sort of way station for the players. Top players have come to Villa Park, only to depart at the first opportunity.

With the situation as dire as it is, Aston Villa is almost certainly going down to the Championship, one of the few ever-present Premier League stays will come to an end, and one of the country's truly great clubs will fall into the mire of the second tier. With leadership lacking both on and off the field, it's going to be tough for them to get back out of it.