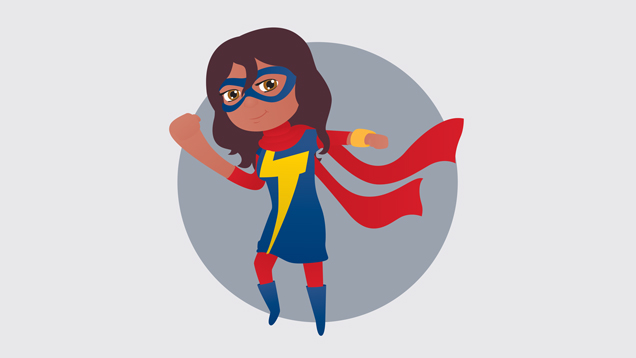 Valentine’s Day is finally here. That day when we celebrate how awesome women are and shower appreciation on all our female friends. In honour of this most made-up of holidays taking place on Feb. 14 we remember some of our favourite females.

Since she was only 11-years-old, Malala Yousafzai, now 18, has been fighting for her right to education and equal treatment in her home country of Pakistan. After surviving a devastating attack on her way to school in 2012 where she was shot in the head, Yousafzai moved to England where she remains a vocal activist, winning a Nobel Peace Prize for her amazing efforts. Last summer she opened a school for Syrian refugee girls in Lebanon, and she recently published a memoir called I Am Malala: The Story of the Girl Who Stood Up for Education and was Shot by the Taliban.

Best known for her role as Lieutenant Uhura in the original Star Trek television series, Nichelle Nichols was one of the first African- American women on television and participated in the first interracial kiss in American television history. Along with opening doors for African-American actresses, she also worked alongside NASA for years, helping to recruit women and other minority groups as engineers and astronauts.

Rear Admiral “Amazing Grace” Hopper was a mathematician and programmer in the United States Navy Reserve, responsible for much of the theory behind modern programming languages. She remained in the military until she was made to retire at the age of 79, after which she spent her time giving speeches on the history of computing and encouraging adolescents to learn and experiment. Since her death in 1992, multiple conferences and awards have been named in her honour. A documentary about her life, titled Born with Curiosity: The Grace Hopper Story, is set to come out in 2016.

Ruling from around 1473 to 1458 BCE, Hatshepsut is commonly thought of as being one of the most successful pharaohs in all of Egyptian history. She expanded international trade and brought peace to a region that had been wracked by war for years. The prosperity of her reign translated into some of the greatest architectural achievements in all of Egypt, including additions to the Temple of Karnak and a great mortuary temple that rivalled the Parthenon, which was built almost 1,000 years later.

Author of Emma, Pride and Prejudice and Persuasion, Jane Austen’s literary genius is easy to recognize, as is her caustic wit. Mixing humour with scathing societal commentary, Austen was able to address many of the issues of her day, including the lesser position of intelligent women. Thanks to the education and support provided by her father, as her family was only able to afford a few years of boarding school, Austen was encouraged to experiment with writing beyond what would normally be allowed. Sadly, many of her novels had to be published anonymously and it wasn’t until long after her death in 1817 that she was recognized for her work.

Kamala Khan has only been around since 2013, but already has made a great impact on the world of comic books. With a healing factor and the ability to change shape, Khan, as the superhero Ms. Marvel, balances being a Pakistani-American Muslim teenager with beating up villains. When teamed up with Wolverine it was Khan who took the lead, and Marvel has already announced a future for her in The Avengers. Unfortunately, it will likely be a while before we get to see her on the big screen as part of the cinematic universe.

Intelligent, determined and incredibly talented, many of us have watched Hermione Granger grow from a weird know-it-all to a force to be reckoned with. Played by Emma Watson, a strong feminist in her own right, Granger saves Harry Potter from untold danger on a number of occasions. By far the most capable of the main trio, she faces peril repeatedly with bravery and strength, sacrificing everything for the greater good. In the end, it’s Hermione who goes the furthest to save humanity while asking for neither praise nor recognition.

It takes a lot to run a theme park and oversee corporate interests, even more so when that park is full of dinosaurs that have a history of breaking out of their enclosures and killing the guests you’re trying so hard to please. Claire Dearing manages it all, however, only losing her cool when a plethora of arrogant men undermine her every decision. What’s surprising is not her ability to save the day while rocking some unbreakable heels, but the fact that she didn’t turn the dinos loose on her aggravating boss years earlier.

Clever and stubborn, Princess Merida is a recent Disney princess who excels at archery and horsemanship. While her equally proud mother, Queen Elinor, rules from behind her large and outspoken father, Merida does what she can to take her life into her own hands, defying the patriarchal standards of medieval Scotland. Appearing before Frozen’s Elsa, Merida is rare in not ending up tangled with some boy by the end of her movie. Instead, she saves her mother from a terrible curse and helps defeat her father’s long-time nemesis, Mor’du.

As first mate on the ship Serenity, Zoë Washburne is the tough backbone for the whole crew. With her military background and talent with firearms, Washburne saves the entire crew on multiple occasions and even faces down the notorious and terrifying Adelai Niska with a calm and stoic demeanour. Although she usually obeys her captain, she’s more than willing to fight for the things she believes in. Washburne balances deadliness with femininity, managing to be both warrior and wife with no sense of compromise in either role.

These women, real or fictional, show that one can be incredibly strong and brave regardless of gender, race or religion. All it takes is a willingness to stand up for yourself and your beliefs, regardless of what society may say.