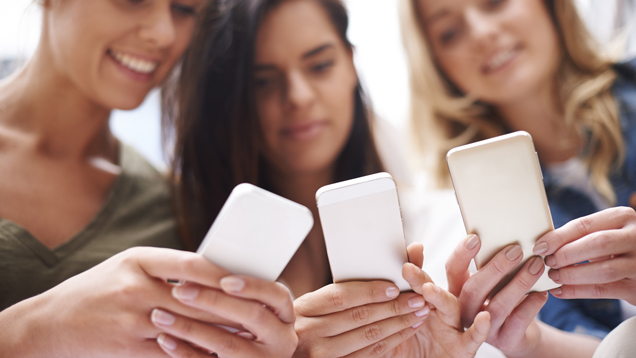 CREDIT: GPOINTSTUDIO / THINKSTOCK
Put your phone down and engage with people in reality, it's probably more satisfying.

Logic is the science of reason and sound judgment, but does it still have a place in modern society? Now, this line of questioning may seem to some a bit extreme, but I’ve recently bore witness to two episodes involving social media that I truly cannot seem to make any sense of.

About a month or so ago, I was cruising around on Facebook looking at the latest updates in some of the groups of which I’m a part of only to stumble across a posting by a student who was quite upset, if not offended, that others within the group were not showering her with praise with respect to a mark she had received on an assignment. She was further outraged by the fact that a fellow student, who had previously completed the course, went on to say that the course’s content was easy so in all fairness, her mark wasn’t particularly impressive.

Now, I’ll be the first to say that I’m certainly one who prescribes to the notion that, “If you don’t have anything nice to say don’t say anything at all.” Therefore, I can understand why student number two’s comment was interpreted as hurtful as I’m not sure what other motivation he had for saying what he did other than to burst student number one’s bubble.

With that said however, what I find peculiar about this whole situation is the fact that student number one felt it necessary to not only brag about her mark to a group of relative strangers, but further expected to receive validation from them. Why does she care what a bunch of outsiders think about her academic prowess? Why does she desire or need validation from them? Finally, why would the outsiders offer such validation on a topic that in no way personally affects them?

As a fellow academic who has always prided herself on maintaining a 4.0 grade point average (GPA), believe me, I can appreciate how exciting and fulfilling it is to earn a gold star, especially when tremendous effort was put forth.

However, the aforementioned feelings that arise from a job well done constitutes a sense of personal accomplishment and in my humble opinion, I can’t help but think that is validation enough. Wasn’t your motivation simply to do well for yourself in an effort to get closer to whatever career aspirations you may have?

If what you achieved was truly extraordinary and meaningful to you, I get wanting to share it with friends and family members, but just because we now live in a society fuelled by social media and celebrity culture wherein we can share everything with everyone doesn’t mean that we should or that the world should care one way or another. I’m saying this as a musician and media personality who has a vested interest in vying for the attention of the public.

This of course brings me to the second incident. A couple of weeks ago, I attended an industry networking party wherein I interacted with a number of music and media professionals in the city. Amusingly enough, the topic of social media came up in discussion and I couldn’t help but express my love/hate relationship with it.

On the one hand, it’s empowering that anyone with Internet access is able to have a voice and connect with others on a global scale. But on the other hand, it is of my humble opinion that it’s breeding the wrong values including procrastination, time wasting and narcissism.

While on the topic of Facebook, one of the professionals with whom I was interacting commented that while he agreed the points I was making were valid, he genuinely enjoys receiving 300 plus birthday greetings a year. In an effort to play nice, I bit my tongue at the time upon hearing his remark.

But I couldn’t help but think, “Why on earth does that matter? How many of those people does he actually have sincere relationships?”

As I said, I bit my tongue, but I was truly tempted to say to him, “Did your birthday feel any less significant or meaningful to you when it was only close family and friends wishing you the best for your day or better yet actually spending it with you?” I harken you to ask yourselves the same question.

It makes little to no logical sense to devote more time to a superficial medium in which your interactions are restricted by character counts or primarily revolve around the occasional birthday greeting or the sharing of a funny cat video. Devoting time to superficial mediums over a real relationship that has real consequences on your daily living seems increasingly to be the norm.

The next time you’re tempted to utilize social media in some sad attempt to achieve contact with or recognition from the human species, put your phone down and avert your eyes from your computer screen and instead engage with a real person in a real setting about real things. I guarantee you’ll find it more satisfying and who knows that person may just actually care about what you have to say and what you have accomplished.
Editorial opinions or comments expressed in this online edition of Interrobang newspaper reflect the views of the writer and are not those of the Interrobang or the Fanshawe Student Union. The Interrobang is published weekly by the Fanshawe Student Union at 1001 Fanshawe College Blvd., P.O. Box 7005, London, Ontario, N5Y 5R6 and distributed through the Fanshawe College community. Letters to the editor are welcome. All letters are subject to editing and should be emailed. All letters must be accompanied by contact information. Letters can also be submitted online by clicking here.

Reyno Ramblings: Everything wrong with The Cat in The Hat