The most fabulous facial filaments 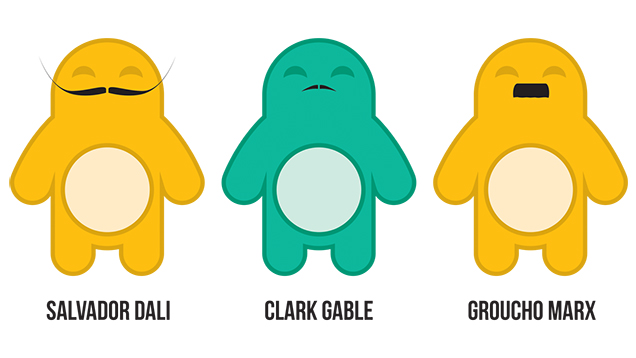 This Movember, grow a mo' with something a little extra history behind it, like the impaling of many people.


Movember, the hairiest time of the year, has cropped upon us once more, and those seeking inspiration for growing the most fabulous facial filament need look no further. After a quick glance at these famous moustaches through time, be ready to impress all your friends by sprouting your finest and most historically referenced coiffure to date.

With a moustache as wicked as his deeds, Vlad the Impaler was no pantywaist to be trifled with. His barbaric handlebar moustache knew no bounds, just like his malice. When the man wasn’t impaling Ottomans, you can be sure that he was fastidiously waxing away with the blood of his enemies.

Truly, his is a moustache worthy of a brutal conqueror. His neatly trimmed goatee has “serious politician” written all over it, but the daring length of his drooping handles says “risk taker”. Maybe the prowess it took to found the Mongol Empire was all stored in the ‘stache.

He had a moustache so ubiquitous it ended up overshadowing the very character from which it took its name. Dr. Fu Manchu was a fictional villain whose gang of cronies would unquestioningly do his nefarious bidding, yet not even he could tame the heights of fame his own facial hair would reach. The Fu Manchu is the stroking-device whilst you devise your own sinister plots, yet is probably most effective when washed frequently.

Speaking of washing frequently, the surreal Dali ’stache can also benefit from a thorough scrub. These oft’ twizzled hairs may connote artistic genius, but if you’re not careful, they can definitely pick up a ton of anaesthetic gunk.

The ’40s was a golden age of masculine icons, and it’s no wonder with Clark Gable as the principle leading man at the time. Other figures were just as well dressed, polished and poised, but Clark’s wellgroomed and original moustache was the real key to sending co-stars and audiences alike straight on a one-way trip to Swoonsville.

Groucho was another icon from the Golden Age of Hollywood, better known for his wisecracks than his wooing. His false and flamboyant push-broom ’stache wasn’t always a fixture in his character’s costumes, but after the success of the Marx Bro’s hilarious satire Duck Soup, he would rarely appear on screen without it.

Only a man as gratuitously unconventional as Waters could pull off the pencil ’stache with decorum, but you shouldn’t let that stop you from giving it a try yourself. It would be a dirty shame if you didn’t.

Even though his name decreases in meaningfulness with each passing year, Hogan’s horseshoe moustache will forever live on in fame or infamy, depending on your personal preferences. This ’stache is perfect for the gentlemen who aspires for a career in wrestling, bass musicianship, or ridiculous tabloid antics. Take your pick.

Double the points to Movember participants pulling off the complete Captain look, frilly sleeves and all. Hook boasts a pointy moustache of the Dali predilection, but does occasionally sport a five o’clock shadow in moments of desperate insanity. This ’stache embodies the benefits of its Vlad, Genghis and Fu Manchu counterparts, as it is every bit as evil, diabolical and twirl-able.

Whatever moustache style you choose to flaunt, happy growing!