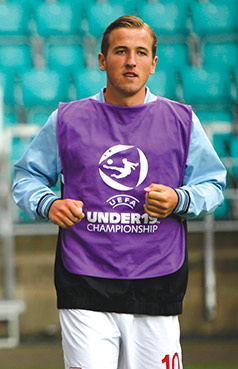 He may be young, but Harry Kane has certainly risen to the top of the ranks and is now a star player for Tottenham Hotspur.


Last season saw the Premier League debut of a 20-year-old striker in the white of Tottenham Hotspur. He made 10 appearances, mostly as a sub and scored three goals – a decent return for a young man. Fast forward to the present and Harry Kane finds himself among the top scorers in the league, regularly scoring fantastic goals and securing points for his club’s top four push.

It’s quite the improvement for a player who spent the prior four seasons on loan among the lower leagues of English football, playing his trade as a teenager in the lower leagues. But never stood out, even at a lower level and never managed to score more than seven goals in a season.

It’s hard to pinpoint what exactly has contributed to this drastic improvement in form other than the obvious fact that new manager Mauricio Pochettino has given him a larger role in the team.

One contributing factor is certainly the lack of a recognized goal scorer in the Spurs lineup. Roberto Soldado has yet to find his feet, and Christian Eriksen is too important in the midfield to move forward, so Kane is the next logical choice.

Sometimes – when given extra responsibility in a team – a young player can shrink under the pressure, severely dampening the progress of his career at a top team. Others – like Liverpool’s Raheem Sterling and now Harry Kane – seem to grab the opportunity with both hands and run with their chance to prove themselves.

A year older than Sterling, the pair of them represent the faces of the new generation of English football, and if their progression continues as it has been, both could be world-class players within a few years.

Tottenham’s biggest challenge will certainly be keeping a hold of its new prized asset, something the team has proved quite adept at recently, holding out for absurd amounts of money or forcing players to run down their contracts.

Kane recently signed an extension – rumoured to run for another five years – but any football fan knows that a contract is less sturdy than the paper it is written on.

All that will come in the future. For now, the sky seems the limit for the young striker, and his first England call up seems to be an issue of when and not if. Roy Hodgson would be foolish to overlook one of the nation’s most exciting forward prospects in the last decade.