In town this summer? Keep your calendar open to catch these local up-and-coming groups in festivals and shows in and around the city. 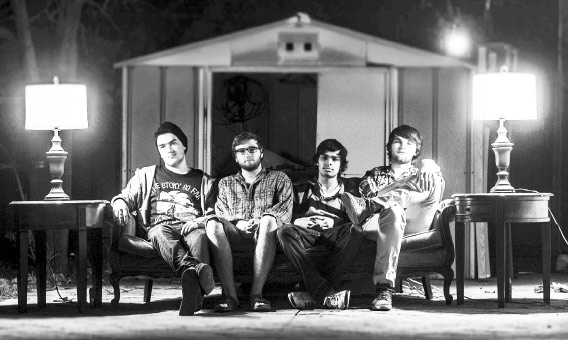 King Pin
Originally conceived in their hometown as “Beamer Skatepark,” this four-piece band of brothers has worked tirelessly for the past year on their emotionally driven post-hardcore vision. Their 2013 EP Damaged Goods mirrors the efforts of late 2000's emo revival bands by creating a dynamic atmosphere littered with intense hardcore punk sections and crisp guitar licks that are only matched by their suitable grooves from the rhythm section. The defeatism in the lyrics brings the audience to their feet and it's not uncommon to see them play arm in arm with their fans during these intimate moments. You can catch King Pin live at Norma Jeans on June 4 with Slumlord and Hopeless Youth. 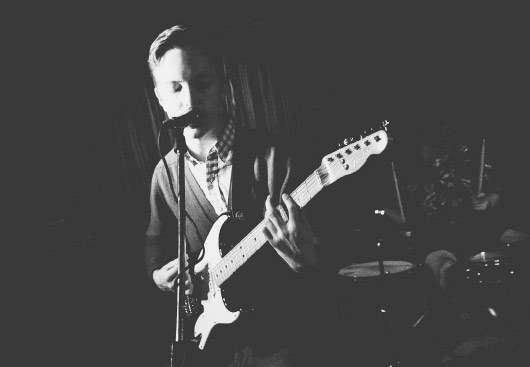 S.M
Distinct symbols and clean-cut attire drives this shoegaze band's visual image. The trio released its single “Chandelier” this year as a follow-up to its reverb-splashed EP from 2013 called I founded the Wit Cult. S.M uses intricate stanzas that flow through their well-structured songs to produce a slick mix of lo-fi garage rock and dreamy shoegaze music. “Chandelier” is to be a part of an upcoming album that the band plans to release mid-summer. 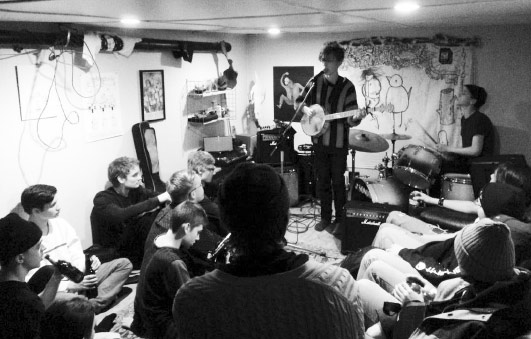 Fish Food
Last year, an underground folk band by the name of Billy Christopher made up of bored high school students took the underground by storm. Their cheerful tunes were energized by crowd instigated sing-alongs and powerful instrumentation. While on break from the project, Joe Sims brings us to similar territory and stands the hair up on the back of our necks with his heartfelt songs. Of his most recent ventures this year, Fish Food released a split with his primary influence in Owl & Antler that brings together the two banjo players onto one cohesive and beautiful release. Fish Food can occasionally be found busking on Richmond Row or playing any one of the numerous summer festivals at Victoria Park. 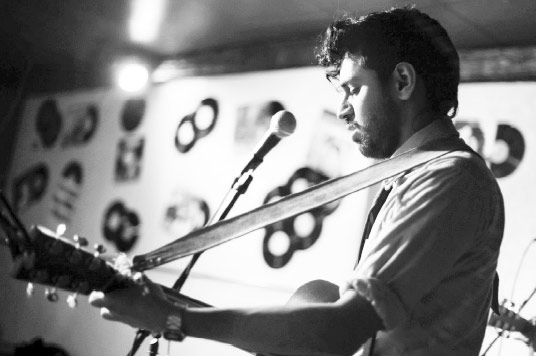 Richard Gracious
It's difficult to really capture an audience with a singular instrument but that doesn't seem to be a speed bump for the singer-songwriter when he takes the stage. Though his Old Things EP features more than just an acoustic guitar and mirrors the efforts of artists such as Bright Eyes, his solo appearances are nonetheless captivating to those in attendance. Gracious will also be part of Lachie Fest on June 27 to 29, which is run by individuals from Fanshawe's Music Industry Arts program. The festival will be held in Hagersville, ON and shortly after, Gracious plans to release an album. 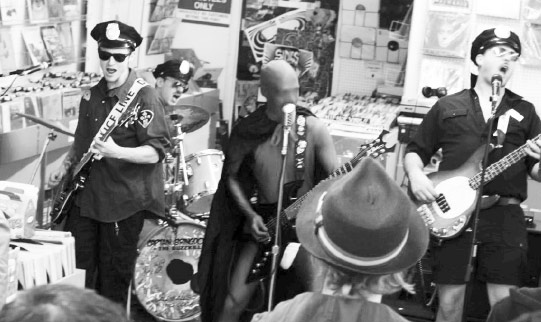 Captain Bringdown and the Buzzkillers
Alluding to the era of snotty ‘90s skate punk, Captain Bringdown and the Buzzkillers play speedy songs while donning comic book inspired costumes and ensuring their audience that it's possible to have a gimmick and still be taken seriously. The vocals are hoarse but convey their melodic ideas quite nicely and are only matched by the shrill sounds of overdriven guitar amps. They have a number of interestingly titled releases with 2014 hosting a four-song, seven-inch record named Strike Again!. Alongside other notable artists, Captain Bringdown will also be playing Lachie Fest. 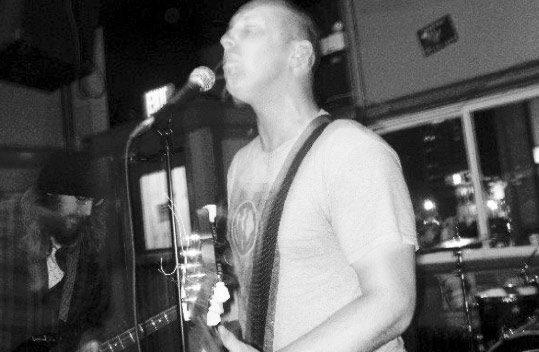 The Syndrome
One of London's most notable punk bands of recent years, The Syndrome have blown away audiences by their sheer intensity and aggression akin to the early years of hardcore punk music in the 1980's. While being active as a live band for four years, the group held back on recording until this year with a self-titled demo that will eventually be making it's way to a seven-inch record. The recordings perfectly capture the aforementioned speed and intensity the group is known for and it's safe to say that their audience is excited to see what happens next. The Syndrome plans to embark on a tour this summer across Ontario in support of the seven-inch record that they plan on releasing. 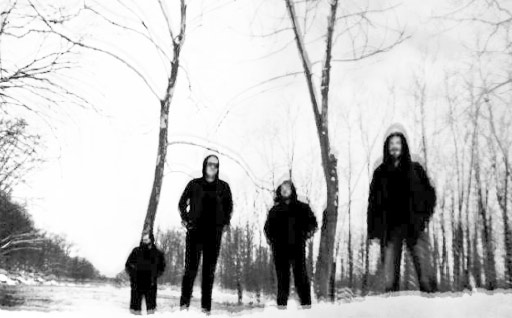 Vow of Thorns
London is lucky enough to have a functioning metal scene and Vow of Thorns is a band that really sticks out. Their 2013 album Forest Dweller blends the atmospheric elements of black metal and then slows it down to a crawl. Each track carries the listener through a somber forest so to say, carefully avoiding the usual pitfalls of progressive music that traps most impatient listeners. Each segment of their songs has the right amounts of what you would expect from them and though the music is dark, there remains a unique element to them that you won't find anywhere else. Vow of Thorns will be active all over Ontario this summer and will be playing in London at APK on July 5 with Yeti on Horseback, Quim, and Sons of Otis.

Hindsight
Made up entirely of members from the notable London hardcore band Icons, Hindsight showcases the group's ability to compose catchy pop hooks while retaining some bits and pieces from their hardcore backgrounds. The short debut release Unwind is a strong kick off to the band's existence and we should be expecting more very soon. Their performance is spot on and is sure to be a band to watch for if you're a fan of bands like Jimmy Eat World. The band's next London show is planned for a June 13 backyard event known as Get Down for Autism. 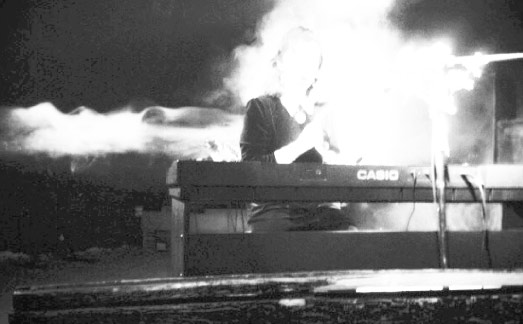 Oubliette
A very unique and wonderfully composed project that comes straight from the mind of Davita Guslits. Each track is marked by distinct instrumentation. Some songs being driven by piano melodies while others are driven by acapella vocal arrangements and background noise. It's very apparent in the writing that devotional music is a key influence; carefully taking listeners along a simple melody that resolves itself with a perfect cadence. All proceeds from Guslits' album My Jupiter Has Sunk goes towards Families of Sisters in Spirit. Oubliette will be appearing on the lineup for a local festival that is to be held at various house venues from June 19 to 22 known as Radish Fest. 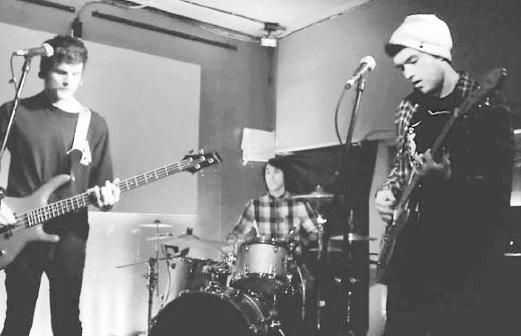 The Raspberry Heaven
Alongside fellow emo-rock enthusiasts, The Raspberry Heaven has evolved from a simple acoustic project to a power trio that makes the most of what little equipment they play with. Last year, the solo efforts of Mike Hansford alongside some friends released Nascent Meadows, an album that took eight months to record and produce. The album's layers reflect the amount of work put into this LP and future efforts by the group look to be just as promising as they have plans to record a new EP in June.