Rob McGarry Sports & Leisure May 11, 2009
Why drive to Toronto or Detroit to see NBA action on the hard court, when you can have the chance to see it right here in London. 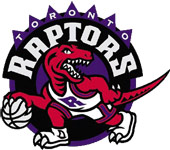 The John Labatt Centre has announced that a pre-season NBA game between the Toronto Raptors and Philadelphia 76ers is coming to London in the fall. Circle this date on your calendar, Tuesday October 6, at 7:30pm. This is only the second NBA pre-season game played in London since the John Labatt Centre opened its doors in October 2002. The first time that an NBA pre-season game landed in London was almost five years ago in October 2004, when the Raptors also played host to the 76ers. At that time the game featured an outdoor block party, live music and various interactive elements.

According to Philadelphia 76ers President and GM, Ed Stefanski, he is glad to be back in the Forest City: “We are excited to have the opportunity to bring NBA basketball to London, Ontario. We look forward to adding excitement to the schedule of events that the John Labatt Centre offers the community.”

Echoing Stefanski's comments is Chris Campbell, Director of Marketing for the John Labatt Centre who also is anticipating the return of NBA preseason action to the Forest City; “NBA fans from London and the surrounding area have a great opportunity to catch great preseason action at the John Labatt Centre.” Campbell said they are working on planning many events to coincide with this game, and details regarding that will be released later this summer.

Tickets for the game go on sale starting Saturday, May 9th at 10 am. They can be purchased here on campus at the Biz Booth, at the John Labatt Centre box office, charge by phone at 1-866-455- 2849 or order online at www.johnlabattcentre. com.