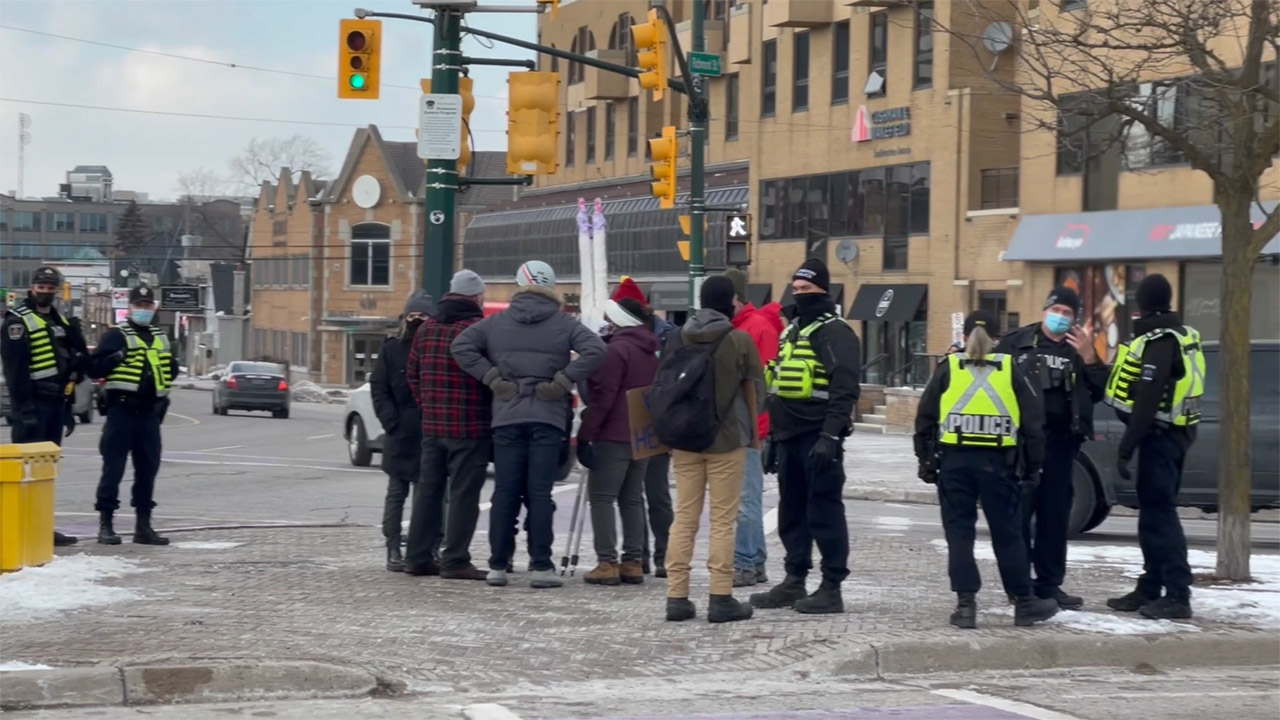 Politics is how we as a collective make decisions about the world we live in, how we as democratic citizens respond to what is happening directly in our schools, neighbourhoods, cities, provinces and countries. It’s how we hold our leaders accountable for the decisions they make for us as democratic citizens, and last month in Canada there were a lot of decisions made for us by our governments that deserved our undivided attention.

On Feb. 25, Prime Minister Justin Trudeau put Canada into a state of emergency by invoking the National Emergencies Act as a response to the trucker convoy in Ottawa.

Christopher Alcantara, a professor of political science at Western University, explained that “the National Emergencies Act used to be called the Wartimes Measure Act. The purpose of this legislation is to give the federal government increased powers to deal with a particular crisis that may be usually handled under normal distribution of powers between the provinces.”

Basically, the Act gives the federal government the power to create laws that it normally could not.

“Usually when you think of the Act, it’s for really threatening kinds of crisis like invasions or terrorism and so some people are wondering whether or not the trucker convoy was of a sufficient crisis that it required federal government to invoke these powers,” said Alcantara.

In Ottawa, right before Trudeau invoked the Emergencies Act, Ontario Premier Doug Ford declared a state of emergency in the province, which gave Ford a certain number of powers and access to resources to deal with the convoy issue, but Trudeau did not give Ford and his party any time to actually make use of the resources to make any impact. Alcantara suggested we ask ourselves two questions about this situation:

Alcantara questioned what kind of standard the federal government is setting for future protests and whether they could trigger a similar powerful reaction.

“The powers that the federal government have under this sort of act is fine if used responsibly, but if not?” wondered Alcantara.

It is obvious from our media that there were mixed feelings around the proper use of the act in this situation, to give one level of government that much power. Some have argued that Trudeau and Ford both did what they said they would do by controlling the convoy using the Emergencies Act in a very targeted and short-term way. Trudeau also ended the Act once the convoy was done and didn’t go any further than he said he would go.

Still, under the legislation there has to be a review, according to Alcantara.

“There will be a formal review of the full scope of the powers that were used, so we will get a better picture of their decisions once the review is completed.”

It’s undoubtedly a politically volatile time that we are living in at the moment and that can sometimes overwhelm us emotionally, so a balance must be worked out. Alcantara said he hoped students in particular would pay attention to the use of the Emergencies Act, bringing up a worrying point about student interest in politics during this time.

“There is empirical research showing that youth interest in politics has declined over the years,” he said.

It is important to hold leaders and decision makers accountable for decisions they make for us as democratic citizens. “If we don’t hold policymakers accountable, rewarding them for good decisions and taking them to task for what we deem bad, then that damages democracy because policymakers will just do what they want,” summarized Alcantara.
Emergencies Act Federal politics Justin Trudeau Protest

1
The future of federal politics in Canada
2
Mary Simon: Canada’s first Indigenous Governor General
3
Welcome to 2021: the year of renewal
4
Fanshawe student organizes protest to stand with Iran
5
Should politicians have a life outside of their jobs?

Penises and pop culture: What has caused this sudden television trend?