Fanshawe badminton brings back a bundle of medals at OCAAs 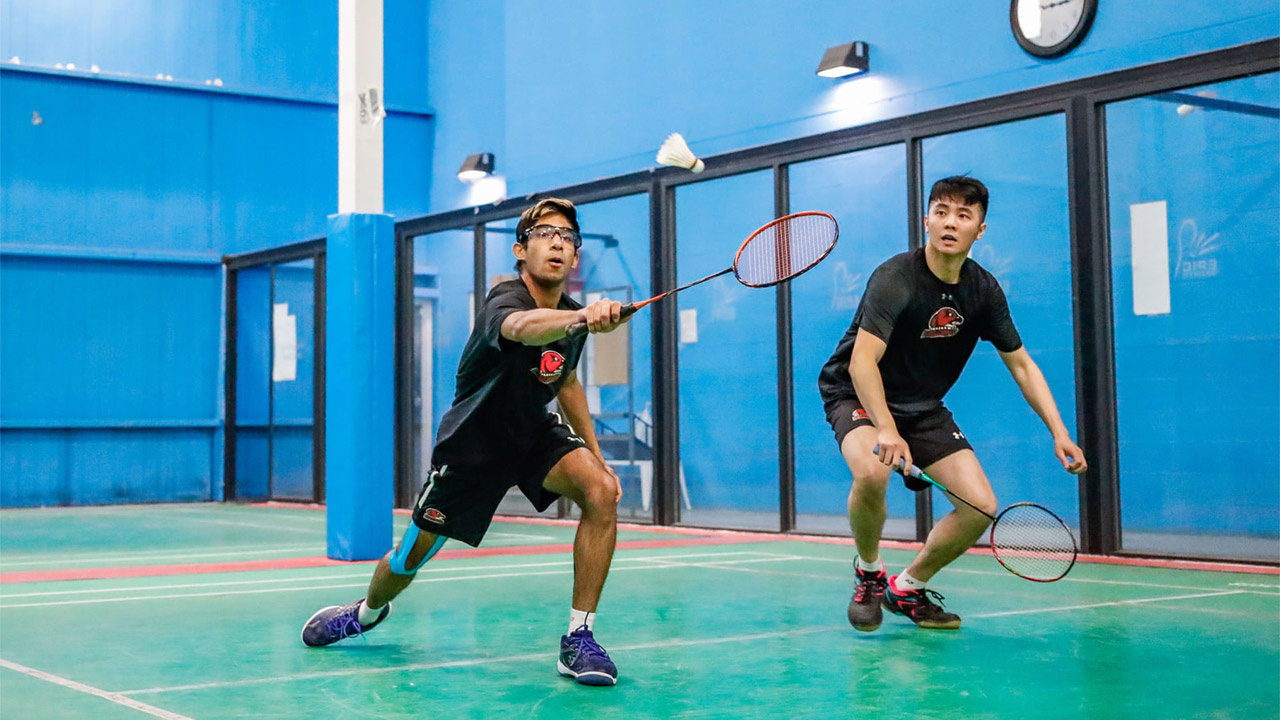 Arpitraj Sinha and San Dang had an incredible tournament, falling only to reigning OCAA champions Seneca in round robin play and again in the gold medal game. Women’s doubles squad Kaitlyn Murray and Mook Prasarn took home the bronze medal, dropping their semi-final match to Seneca. They prevailed against hosts George Brown 21-7, 21-8 to claim the medal. Women’s singles was a wild one. Two of Fanshawe’s women’s singles competitors gave it their all and met each other in a battle for third place. Zoya Virk and Morgan Grant had to forget who was on the other side of the court to try and stake their claim as Fanshawe’s top women’s player on that day. Ultimately, Virk came out on top to earn Fanshawe’s final medal. The mixed doubles pair that consisted of Mohemed Ashik and Lalaine Siy also made Fanshawe proud, coming just short of a medal in fourth place. Lastly, there was the men’s singles. Martin Truong did not medal at the OCAAs, however Head Coach Steve Ruddach made a point in mentioning how proud he was of Truong’s performance.

“Martin Truong tried out for the team in September. In fact, he almost didn’t make the cut,” said Ruddach. “We saw some incredible potential in him and ultimately joined the team after winning his tryout games but only by small margins. Martin puts in 110 per cent at each practice and he improved significantly. Although Martin had a really tough pool and didn’t medal at OCAAs, he gave each opponent an incredible match and you’d never know it was the same Martin that tried out at the beginning of the year.”

At the end of the day, that was the goal that Ruddach had for his players. He just wanted to help them get better. When it came down to results, the goal for each individual or pair was to make the semi-finals, and almost all of them did just that. When asked who he felt was most impressive throughout the season, Ruddach brought up Truong’s progress again, but also the pair of athletes that are headed to Edmonton for the national tournament.

“The men’s doubles team was basically a combination of our two best players, at least when it came to playing singles. We give the players the option to tell us their preferred event to play. As coaches, we take those preferences and determine the best possible combinations for both the athletes and Fanshawe. Arpi was looking to play singles at first while San was looking to play men’s doubles. They talked it out and decided they would go with the men’s doubles event. About a month prior to OCAAs, they spent countless hours training during team practices and outside clubs. They started to gel incredibly well and Arpi was quick to pick up the doubles strategy while San’s experience supported Arpi’s role. The difference between their game between Jan. 1 and March 1 is night and day.”

Seneca was a roadblock in Dang and Sinha’s quest for glory, and with the Sting also going to Edmonton, the pair of Falcons are focused on not getting stung again.

“Seneca’s men’s doubles team was a good team, no question,” said Ruddach. “Last year they had a men’s doubles national championship team and despite the fact they were a new team, we knew they would be chasing a repeat. We kept a close eye on them to see how we compared, and it was close all around. We lost by two points in the third game of the round robin and ultimately knew we could beat them. Despite losing to them in the final, I’m still convinced we’re the better team. We’re focusing on our competition and ultimately working to make sure we can beat the Seneca team. Beating them brings us one spot closer to a national gold medal and that’s really what their sights are on.”

Ruddach wanted to remind everyone that neither Dang nor Sinha have ever played on a national stage like this before, and that brings new challenges. Regardless of the added pressure of playing against the nation’s best, Ruddach believes the men’s pair can earn a spot on the podium.

“They guys are excited. I’ve been watching the rest of the competition closely and I think they have a chance to bring home a medal. Until then, we are practicing every day prior to leaving to ensure we're as prepared as we can be.”
Badminton Fanshawe Falcons OCAA

Knowing the functions of your FSU