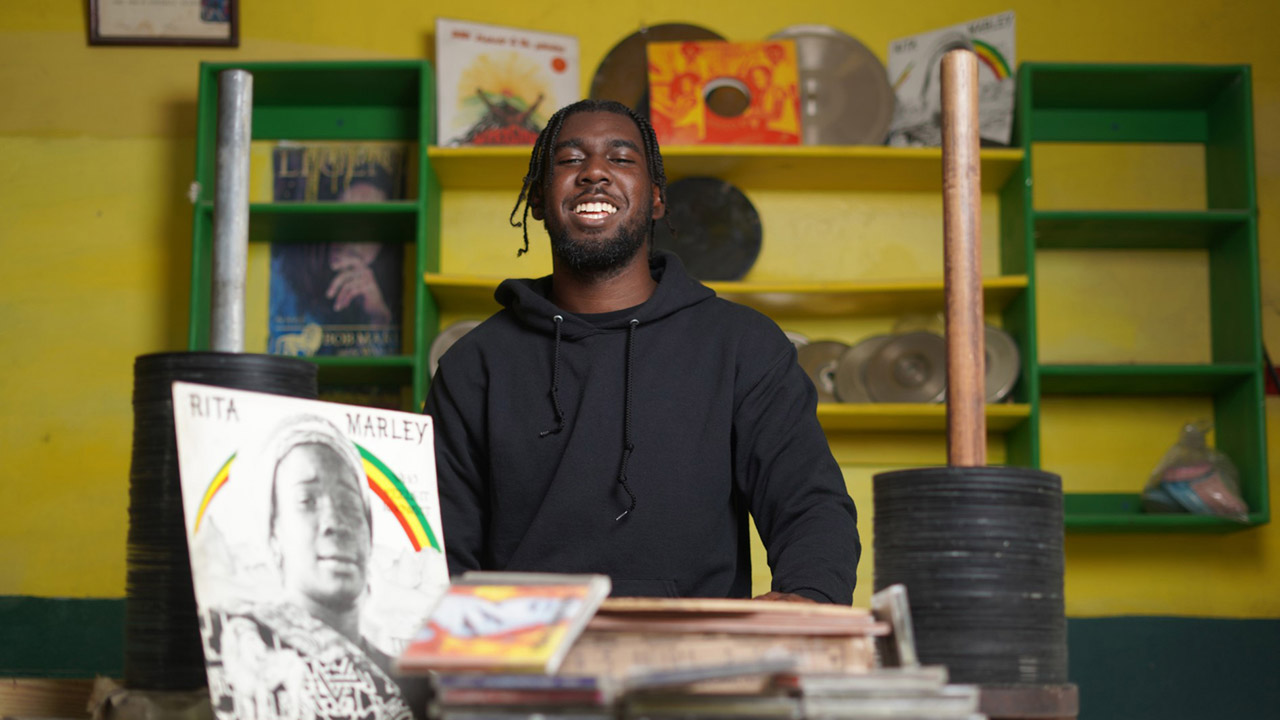 CREDIT: DANE VISUALS
King Cruff said he misses performing and hopes to get back on the stage in 2022.

Fanshawe has another big artist that was formed within its walls.

Solomon Marley-Spence goes by the stage name of King Cruff and is preparing for another exciting year. He noted that he accomplished a lot of what he wanted to in 2021 and with a new EP coming out this summer, 2022 is set to be just as good.

“I feel like with that album, it’s going to be tied into a lot of visuals,” said Marley-Spence. “That’s something that I really have been trying to put the effort into. Having more than just a song, having that experience to it, bringing people into my universe, and showing how I see the world a little bit differently.”

He added that he is playing with sounds on this EP and plans to arrange them in a cohesive way.

Marley-Spence was in the entrepreneurship program and then went into general arts. He’s no longer attending Fanshawe every day, but the school still had an impact on him.

“Fanshawe was the first school that I went to when I moved from Jamaica to London. I really give London credit for helping me grow as a person and helping me have that platform as a hip-hop artist. I did the courses, I met a lot of great musicians there. I worked for the Fanshawe Student Union (FSU) for a while.” Marley-Spence even gave a special shout-out to FSU Events and Activities Manager, Kevin “Beef” Masterson and Esports Coordinator Tyler Hetherington.

He said the environment at Fanshawe was so welcoming and that the community had his back for anything he needed.

“Fanshawe was safe. It gave me a safe place to rest my head and be like ‘we’re going to come out on top somehow and we’re gonna figure this out.’”

Not only did Marley-Spence get his start and grow within Fanshawe’s walls, he’s now sharing stages with other notable Fanshawe artists. He said his favourite performance from this past summer was co-headlining alongside current Fanshawe student Asante at the Autumn Vibes Show for the London Arts Council.

“That was definitely the most fun because it was the last one and a lot of people pulled up. There was just such an energy to it.”

As for 2022, you can expect big things from King Cruff.

“My goal for 2022 is to get that EP out there and definitely to branch out of London a lot more. I’ve already been talking to some people. I’m going to try and venture out to the States more, maybe go to the west coast. I accomplished a lot of the things that didn’t think I was going to last year and that kind of felt good.”

Now that he’s already checked off so many goals, he plans on setting bigger goals to work towards.
Fanshawe alumni Music

1
How TikTok is changing the music industry
2
London Music Venues: Wolf Performance Hall
3
Boybands: from then to now
4
Revitalizing music hits of the past through TikTok
5
International Fanshawe alumni offer words of encouragement to current students