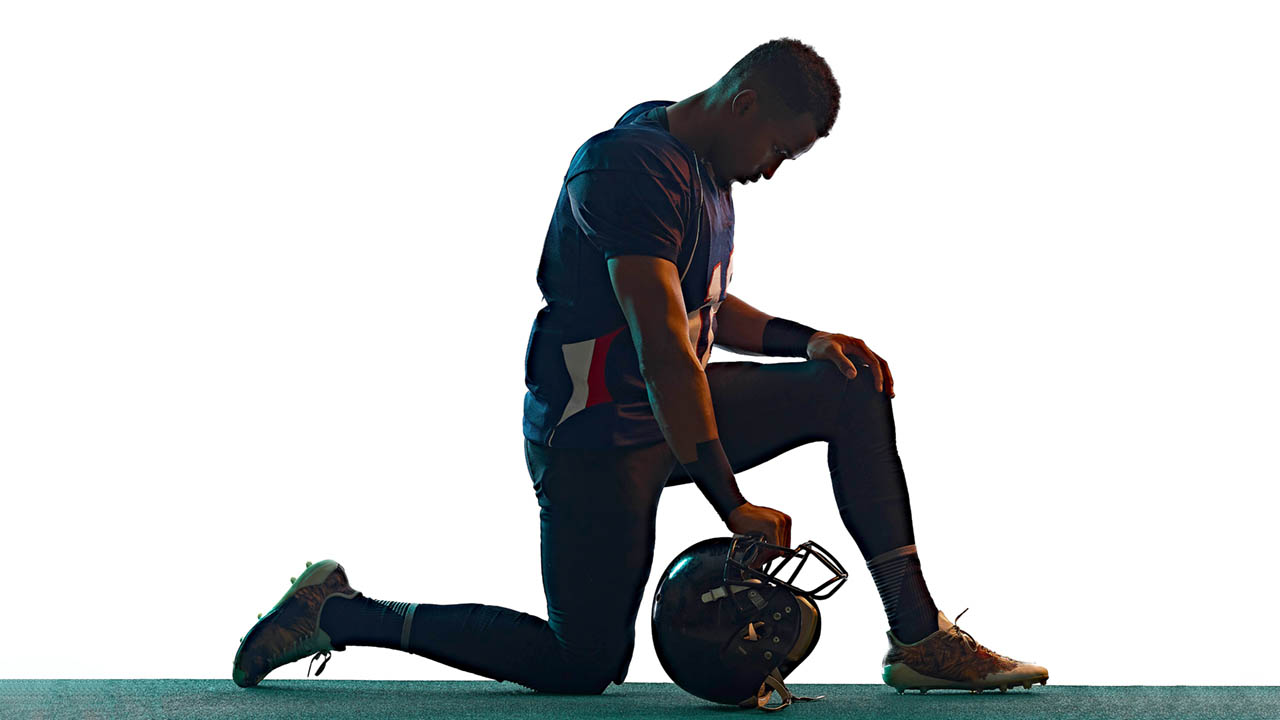 CREDIT: OSTILL
The problem sports fans seem to have is not when networks cover these big stories, but when athletes or employees of said networks go against the grain and stand up for what they believe in.

The popularity of sports has existed for a very long time and that will not be changing anytime soon. Due to the amount of sports fanatics - like myself - out there, sports media has thrived ever since its inception and in turn, made sports even more famous globally. However, the media coverage of professional sports has also transformed athletes into idols and role models, even if they have no interest in being one. For example, Michael Vick, one of the best, most polarizing quarterbacks in National Football League (NFL) history became the cover model for the Madden 2004 video game and sold the most jerseys over the 2003 and 2004 seasons according to ESPN. In just a few years’ time, Vick was sentenced to 23 months in jail for his involvement in a dog fighting ring, putting his NFL future at risk.

I know what you’re thinking - how does this have anything to do with politics? Well to get to the crux of the issue, something has to be understood. Professional athletes, especially the elite ones, have what is commonly called “a platform.” A platform is essentially an avenue to communicate to a large group of people and anyone with a degree of celebrity has one. How the person chooses to use their platform is up to them and it is not new or rare for athletes to use it to raise awareness for particular political issues.

Before the days of social media, mainstream media was the main platform athletes had, but now, all it takes is a couple clicks on a smartphone to make a statement for millions to see. Someone like NBA legend LeBron James has over 50 million followers on Twitter, not to mention, he is known to be a great father and a trustworthy friend. In the eyes of many, he is a hero. James could say “don’t vote for Donald Trump” in a simple five-word tweet and influence thousands, if not millions of his followers. Formula One superstar Lewis Hamilton has 24 million followers on Instagram and constantly uses his platform for an array of political reasons. From the environment, to racism, to civil rights in other countries, he wants to be more than just a racing driver.

It’s not only the athletes that have been utilizing their platform. The media members themselves have used political issues to propel their brand. Black Lives Matter consumed sports networks over the course of 2020. One of ESPN’s most popular shows First Take continuously debated the issue and even opened their show with it. The NBA cancelled playoff games after the shooting of Jacob Blake. In the end, whether you’re famous or not, everyone is human and has to live in the same world as the rest of us. Wanting change is allowed.

The question still remains, is the overlap of politics and sports beneficial or toxic? Last year, ESPN released a poll that showed the majority of their viewers dislike when the network discusses political issues. However, there’s a difference between simply discussing politics and covering sports when they intersect. Sports in general have always crossed paths with politics. From the Jesse Owens story when he won four gold medals in Nazi Germany to Colin Kaepernick kneeling for the United States anthem, the magnitudes of these stories were massive. Sports networks were not going to shy away from these events.

The problem sports fans seem to have is not when networks cover these big stories, but when athletes or employees of said networks go against the grain and stand up for what they believe in. The toxicity comes from the nature of debating politics in the first place. In today’s day and age, you’re either “red or blue” and the other one is wrong. Society has a hard time taking someone’s values for what they are. Not everyone is going to think the exact same way. When a journalist or athlete speaks their mind, it’s not the overlap of sports and politics that is the problem. It’s the senseless hate that runs through the veins of people that can’t open their minds to another ideology.

Aforementioned athletes such as James and Hamilton are legends of their respective sports, yet are hated by a large group of supposed fans who can’t accept their desire to be more than just athletes. James was told to “shut up and dribble” by Fox News’ Laura Ingraham on national television for what he said on a podcast regarding the presidential election solely based on the fact James skipped college to go to the NBA and his comments didn’t match Ingraham’s biased agenda. Every time it’s mentioned that Hamilton is vegan or he makes a statement about his passion for conservation of the environment, thousands of comments are made about his hypocrisy because he races cars for a living and flies private jets. They don’t look at what he does for those causes positively, purely because he doesn’t shut up and drive. Sports and politics will continue to intertwine. This so-called sports and politics problem wouldn’t exist without hatred. Stop hating, and get used to it.
Politics Professional athletes

1
Game day getup: Professional sports and dress code
2
Cultural almanac for 2023
3
The Power of Social Media
4
The future of federal politics in Canada
5
Why Dr. Strangelove is once again the movie of our times

British owned, British made: The global impact of the fuel crisis