The speed of light and glory of God 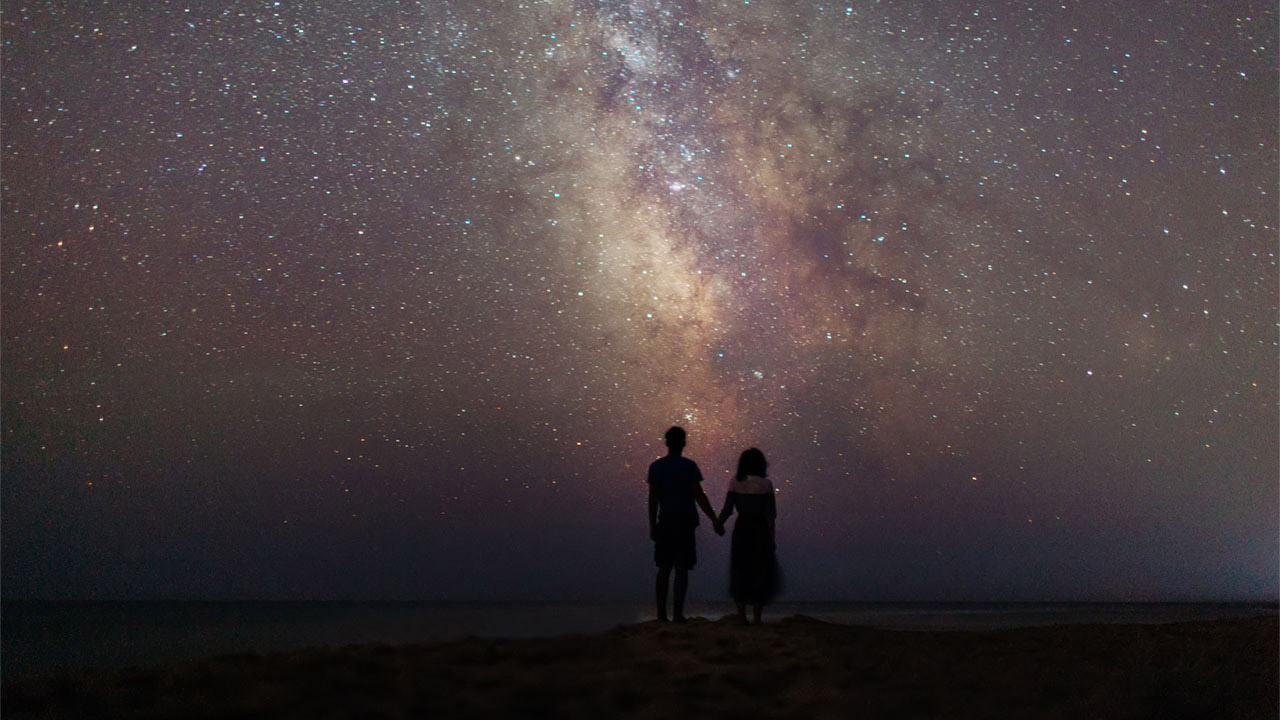 CREDIT: OLEH_SLOBODENIUK
On a clear night, if you are not in the city, the chances are you will be able to see it. It appears like a moderately sized band of powdery looking starlight stretched across the sky.

Every week my parents would drive into town and take me to a public library. This was when I was nine or 10 years old. The library itself was located in a strip mall in Burlington, Ont. While they shopped for groceries, I browsed the shelves. I don’t remember if a librarian went beyond the call of duty to direct me to science books for kids, but, as I remember it, each week for some months I would come home with books on dinosaurs, or geology, or the stars.

I was staggered to discover that the earth was old, much older than I had ever imagined. I saw pages and pages where, laid out before me, were cross sections of volcanoes and illustrations of the geological layers that make up this planet.

It wasn’t that I was uninterested in the anatomy of birds, or the rain cycle, things I was learning about in elementary school science. But the introduction to our planet’s billionsof- years development, learning about large ancient reptilian creatures and the fossils they left behind, and discovering that the earth orbits the sun, that the sun orbits the centre of a galaxy, and that the galaxy is one of millions, truly captured my imagination.

Astronomy, more than anything else, held my attention. Especially the speed of light. Somehow it seemed that so much centred around this speed. Faster than a fast car. Faster than sound at 1,235 km per hour. I learned that light travels at 300,000 km per second.

And I discovered that the distances in space are enormous, almost beyond comprehension. Even though light travels unbelievably fast, it takes it eight minutes to travel from the sun to earth. The distance between the two is 160 million km. This got me to thinking. If it takes light that amount of time to reach us from the sun, that means that we are always seeing the sun as it was eight minutes ago.

But that is, as the saying goes, “nothing.” There are about 300 billion stars (or suns) in our galaxy. Alpha Centauri, the nearest one to us, is as far away as it takes light to travel 4.3 years. In other words (if my math doesn’t fail me here) it is 40 trillion km distant. As it turns out, for astronomers the basic unit of measurement is a light year, about 95 trillion km.

I mentioned our galaxy. On a clear night, if you are not in the city, the chances are you will be able to see it. It appears like a moderately sized band of powdery looking starlight stretched across the sky. You are looking at its edge. That is because our sun, and its planets, including earth, are closer to the edge of the galaxy than its centre.

A black hole is mysterious, but not as mysterious as it first sounds. Black holes are formed, astronomers now believe, when a giant star implodes on itself. When the star collapses, the result is an object that has so much mass, and therefore so much gravity, that nothing can escape it, not even light. Since light cannot leave the object, it appears as a black hole.

There are stars orbiting close to the black hole centre of the Milky Way. Once every 100,000 years or so, one gets too close and is ripped apart by the black hole, feeding it! The movie, Interstellar, tries to depict what it might be like to approach a black hole – and why it might be best to keep your distance.

We now have some idea as to how many galaxies there are in the universe. That is because since the 1990s astronomers have been putting extremely powerful telescopes in orbit around the earth. Some of the objects we can now see are seven or eight billion light years away, and even further. The most distant one so far clocks in a 13.7 billion light years away. It is considered to be a galaxy and is called GI-z11. These telescopes have revealed that our universe contains somewhere between 500 billion and one trillion galaxies.

One of the biblical poems, Psalm 19, reads this way.

The heavens are announcing the glory of God;

and the firmament proclaims his handiwork.

Day to day pours forth speech, and night to night declares knowledge.

There is no speech, nor are there words; their voice is not heard;

yet their voice goes out through all the earth,

and their words to the end of the world.

These lines are quoted in a book by Dennis Danielson. Called, The Book of the Cosmos (Helix/Perseus, 2000), the book is an edited collection of the way the universe has been conceptualized from the earliest civilizations to Stephen Hawking. Near the end of the book Smithsonian astronomer, Owen Gingerich, wonders if he can “prove” that God exists. Maybe not, he suggests. “But do the heavens declare the glory of God?” “I think so,” he concludes (page 528).

Maybe you have a geeky interest in some kind of technology, an area of history, a particular sport, a profession, an area of human development, or artificial intelligence. Could it be that the thing or area which you are so very interested in has its own way of declaring the glory of God?
Editorial opinions or comments expressed in this online edition of Interrobang newspaper reflect the views of the writer and are not those of the Interrobang or the Fanshawe Student Union. The Interrobang is published weekly by the Fanshawe Student Union at 1001 Fanshawe College Blvd., P.O. Box 7005, London, Ontario, N5Y 5R6 and distributed through the Fanshawe College community. Letters to the editor are welcome. All letters are subject to editing and should be emailed. All letters must be accompanied by contact information. Letters can also be submitted online by clicking here.