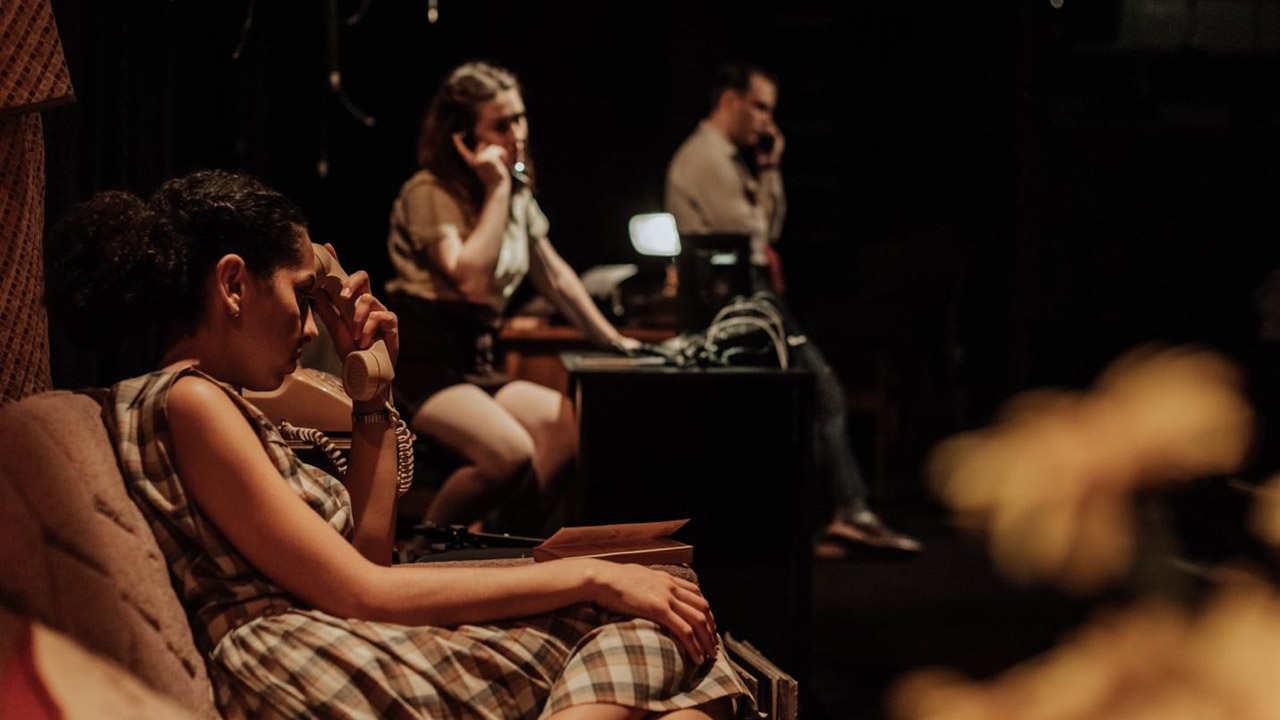 Credit: A. BEDARD-CAHILL
Patchface will stream online from July 29-Aug. 1.

Local London theatre company, Allswell Productions is teaming up with Canadian playwright Camille Intson to stream a stage production of Inston’s play Patchface. Patchface tells the story of a 1969 switchboard operator who becomes involved in the lives of a young married couple through a series of phone exchanges.

Patchface is directed by Hailey Hill and is set to stream online at 7 p.m. from July 29 to Aug. 1. The cast has been rehearsing over Zoom to prepare for the live in-person filming since March.

Although the production will be streamed for an online audience, viewers can expect a great experience with an original music score composed by Ben Leibovitz.

Most of the rehearsals took place over Zoom and none of the actors interacted with one another until they were in the performance space for filming.

All three actors who are in the show are Western University students or alumni and live in London and Toronto.

“Andrea and Jack live in Toronto now,” said Hill. “And they are doing professional acting. Andrea, actually, there were some rehearsals where she had to miss it because she was doing commercial shoots, and a short film, so she's killing it. Jack's also been doing some film shoots. And then Erin who plays Patchface, she's in London. And she's still at Western. She's our youngest in the show.”

“Because two of our actors were from Toronto, they came in late Friday night, and then they left on Sunday,” she added. “So we only really had them for Saturday and Sunday, and we had to get all the filming done then. Especially since we had the space booked, [and] our lighting people booked, everything had to happen within those 48 hours.”

Hill is also good friends with playwright Camille Inston, who originally wrote this script about three or four years ago. Hill couldn’t get the play out of her head.

“So when we were pitching ideas with Allswell to each other, they had some cabaret ideas or some musical ideas, but I couldn't get this play out of my head that I had read a few years ago, about the show when you can't communicate in person, and I thought it would be perfect for COVID times.”