Why you should start your media career in a small market 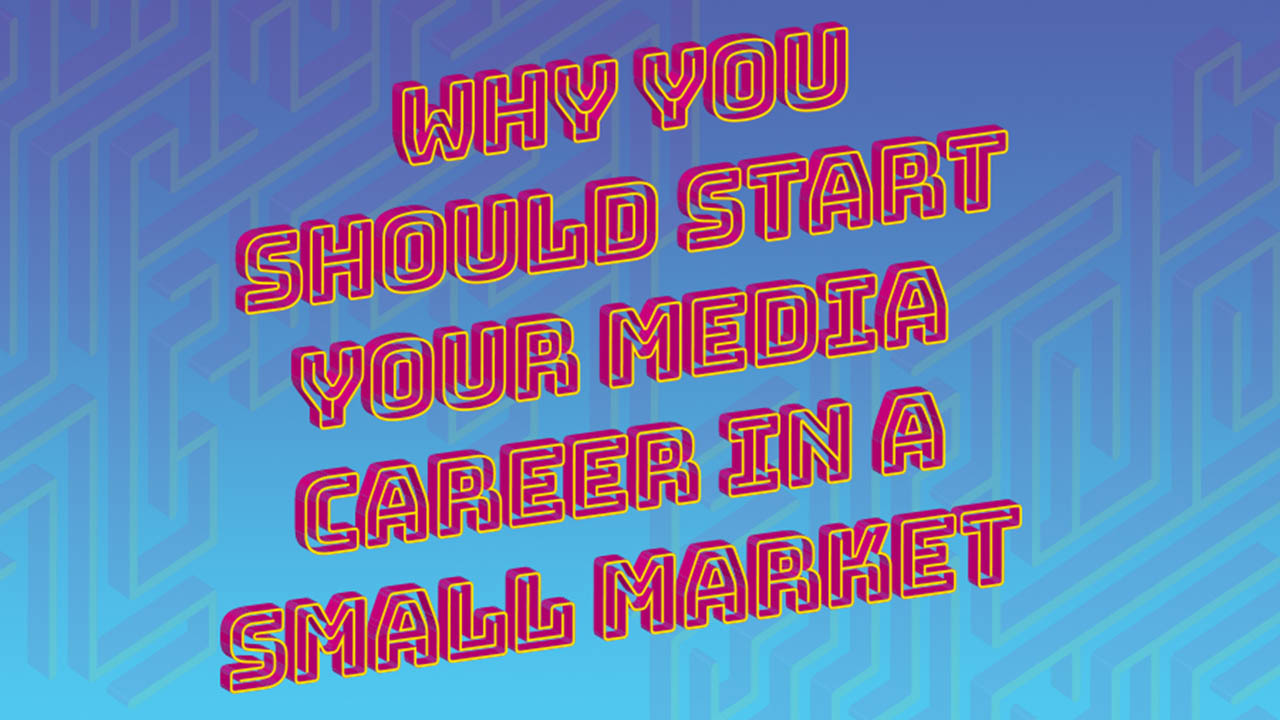 There is an assumption in the field of media that living in a big city is the key to success.

It’s understandable; cities like Toronto and Vancouver are teeming with opportunities due to their large markets and varied businesses. This doesn’t have to be the only way, though, and you may find small markets have even more to offer in terms of opportunities, connections, and resume building.

Starting with the obvious, small markets are just that, small. Jobs in media like journalism and marketing require an understanding of the market you are in, as well as the people in it. By focusing on a smaller city with a smaller population, you may find it easier to quickly establish connections and build a network of valued contacts. This also might make it easier to pursue other fields down the line, once you’ve built lasting relationships with potential future employers.

Kicking off your media career in a small market also gives you the space to build your personal brand and allows for more options to flex your creative muscle. Working in a large city at a larger media organization might give you the feeling that you are merely a cog in a machine, limiting you to a specific focus without much opportunity to try new things. A large media organization in a city like Toronto, for example, may give more precedence to senior employees when it comes to creative work, whereas entry level employees would be expected to perform more menial assigned tasks.

That’s not to say there’s no room to move up in an organization like this but starting in a small market might give you the opportunity to do so faster. Catering to a small market with a small team puts more onus on all the staff as a whole, giving you more chances to show off your strengths and skills.

Aside from the professional benefits, starting your career in a smaller, more rural setting can also be a big help financially. Cheaper living expenses mean you can begin saving money early, making a move to a bigger city later seem more realistic.

That’s really the moral here: a small market is a jumping off point. There is a certain temptation specific to jobs in media that involves moving to the big city in order to explore a more thriving, busy market. This can still be the goal, but by starting small first, you could be setting yourself up to build an impressive resume before the big move. For example, working in smaller teams in a smaller market means that if someone calls in sick, you might be given the opportunity to do a job that would likely never fall into your lap in a larger organization. In this way, you’re able to build up a vast list of experiences and skills that might have taken years to obtain in a larger market.

There is no shame in playing the long game. There is a misconception that there are no media jobs in small markets, but that is simply not the case. In fact, more and more are cropping up every day as the GTA expands and the need for local media becomes more important than ever. Taking two or three years to get comfortable in a small market, building your brand and your resume, will only make you readier to take on the big city one day. That is, of course, if you still decide to leave.
Employment Journalism Marketing Media

How to navigate networking through online learning