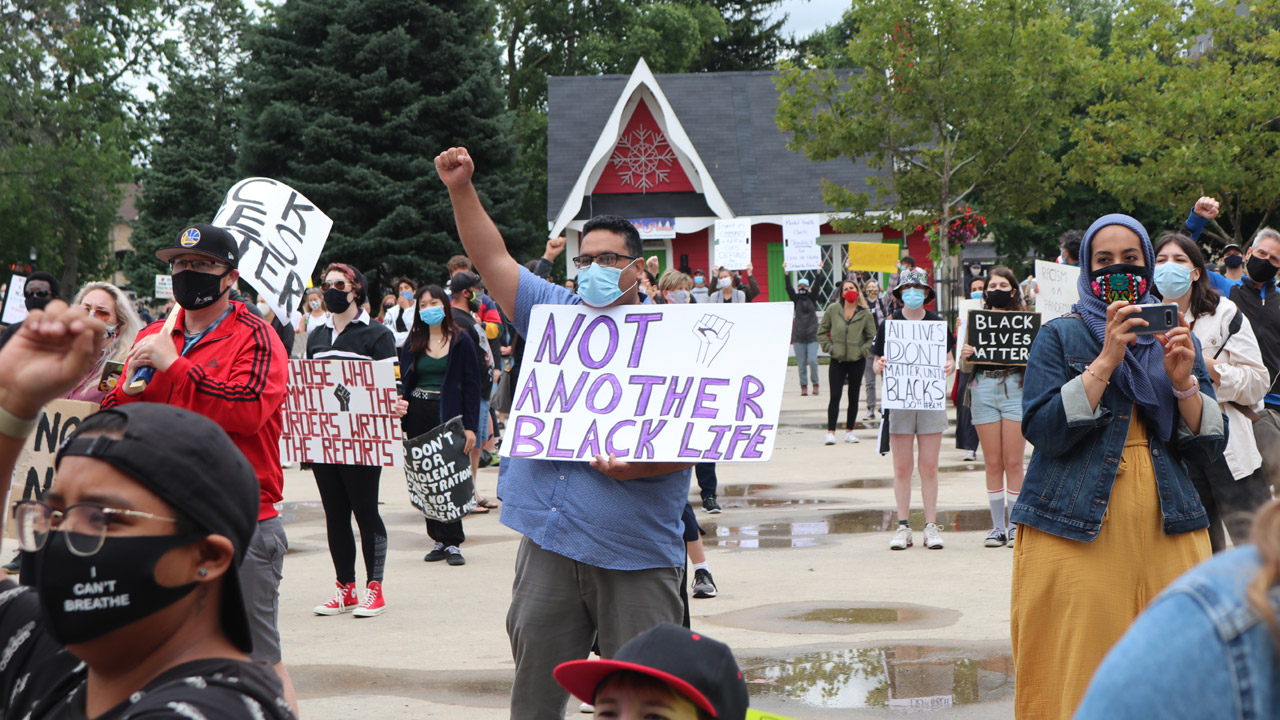 CREDIT: ANGELA MCINNES
Hundreds of protestors gathered in Victoria Park on Aug.29 as part of a nationwide rally calling for defunding of police services.

Hundreds of Londoners gathered in Victoria Park on Aug. 29 as part of a nationwide rally to defund Canada’s police services.

London’s protest was organized by Black Lives Matter London and the Coalition for Black, Indigenous and People of Colour (BIPOC) Liberation Group. Similar rallies in Calgary, Halifax, Fredericton, Toronto and Montreal urged governments to address systemic racism in their police forces by redirecting funding to other public services.

The rally came in the wake of the police shooting of Jacob Blake, a black Wisconsin man who was hit seven times in the back and is now paralyzed, while in Toronto police were cleared of wrongdoing in the death of Regis Korchinski-Paquet, who fell from a balcony during a wellness check.

Organizers of the London rally spoke towards the London Police Services and its local budget increase, allowing for the hiring of five more police officers.

According to their Facebook page, the BIPOC Liberation Group’s demands include disarming and demilitarizing the police, decriminalizing sex work and drugs, removing police from schools, and removing the RCMP from Indigenous Lands.

“What we’re saying is that the police should not be the one-stop shop response for every public health concern. Armed police are not the best response team for traffic stops, mental health crises, substance abuse issues and drug overdoses,” Harper said.

London MPPs and MPs were absent.

Prior to the rally, the London Police Association released a response on Twitter from executive director Rick Robson.

“We stand in solidarity with those who are outraged and fed up with examples of police brutality, including those rooted in racism,” he said. “Defunding the police would not achieve racial justice or improve the outcomes for these communities. It would inhibit our police officers from keeping our community safe.”