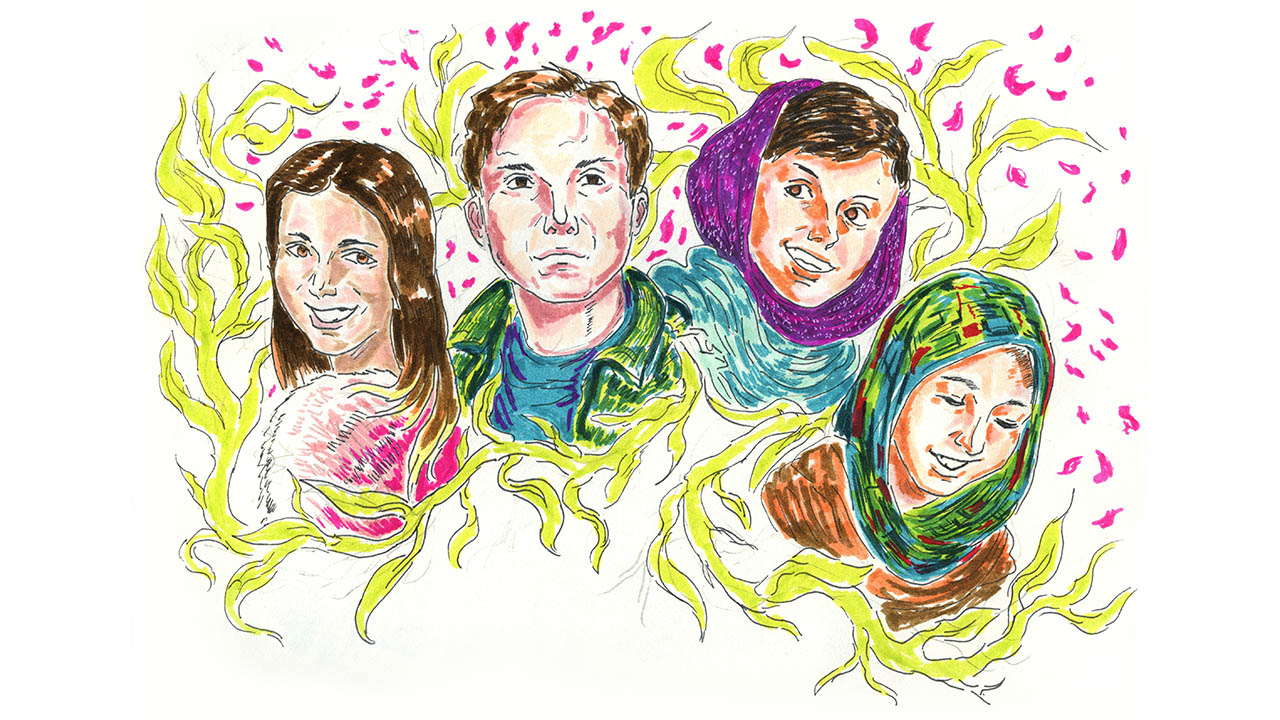 CREDIT: DYLAN CHARETTE
The Ontario government has launched scholarships to honour the memories of the 57 Canadians who lost their lives during the crash of Ukraine International Airlines Flight PS752 near Tehran, Iran. Four of the victims, illustrated here, were graduate students of Western University. From left to right: Ghazal Nourian, Milad Nahavandi, Hadis Hayatdavoudi and Sajedeh Saraeian.

Scholarships launched by the Ontario government will remember the 57 Canadians who lost their lives in a fatal plane crash near Tehran, Iran.

A press release said Ontario premier Doug Ford, MPP Goldie Ghamari and MPP Michael Parsa announced the proposed scholarships will provide $10,000 to 57 students. Each scholarship will remember each of the 57 Canadians.

Ukraine International Airlines Flight PS752 crashed on Jan. 8 and killed all 167 passengers on board. Several of the Canadian passengers were either students, staff, or faculty part of post-secondary institutions across Canada.

Western University PhD candidates Ghazal Nourian, Hadis Hayatdavoudi, and Milad Nahavandi, along with incoming graduate student Sajedeh Saraeian, were among those who died. Western mourned the loss of their students in two vigil ceremonies on Jan. 8 and Jan 15. The City of London and Fanshawe College also lowered their flags to half-mast to show solidarity.

The following Ontario post-secondary institutions are also grieving the loss of their students and/or faculty:

• The University of Ottawa

• The University of Guelph

• The University of Waterloo

• The University of Toronto

• The University of Windsor

“This was a terrible tragedy, and my heart goes out to the victims’ families and loved ones,” Ford said in the press release. “Many of the victims were students and professors with bright futures, studying and teaching at Ontario universities and colleges, and contributing to the advancement of research in many life-changing fields. We will honour their memories through these scholarships to recognize their incredible contributions to our communities.”

The scholarship criteria is open-ended and award-based and will depend on financial need and academic excellence. The criteria will also depend on consultation with the colleges and universities at which they studied and their families.

The scholarships would cover students for the 2020/2021 academic year beginning in September.

Interrobang contacted Western University’s communications department, but a representative was unable to provide comment at this time.

More information about the scholarships is expected to be announced in the near future.
Flight PS752 Iran Scholarship Ukraine World News

The Furies: A gruesome version of The Hunger Games