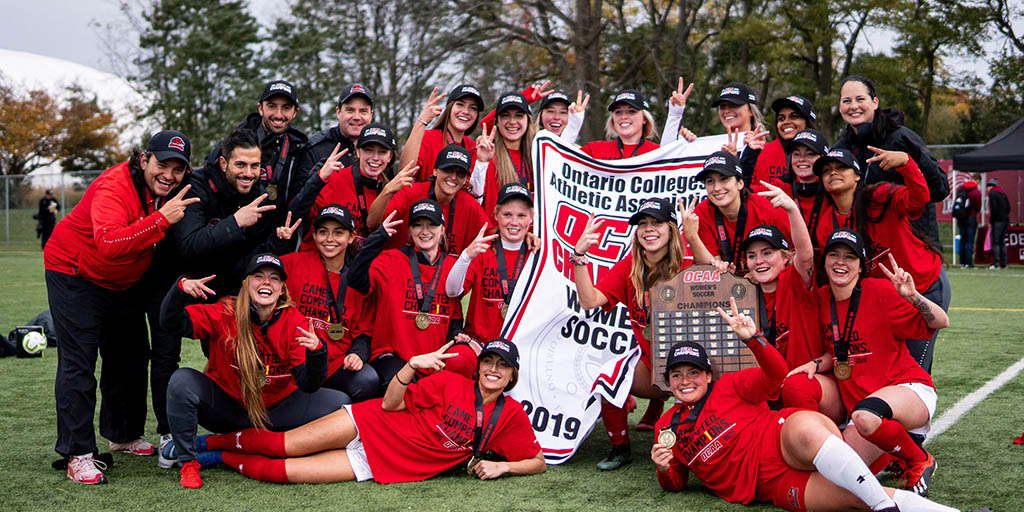 On Oct. 26, Fanshawe Athletics announced the women’s soccer team became the OCAA Champions for the second year in a row after a 2-0 win over the Seneca Sting. The Falcons were top in the West Division and the Sting were the top in the East Division heading into the gold medal game.

The team also picked up a couple more honours following their win. Captain Chelsea Zavitz (project management) was named the Player of the Match. Kovacevic was named the Tournament MVP for the second year in a row after she scored seven goals in three games. Angelika Mihalopulos (general arts and science) and Breanne Carreiro (business-human resources) both earned the Tournament All-Star titles.

The OCAA Women’s Soccer Championship, the eighth overall for the Falcons, also left the women’s soccer team with back-to-back winning titles for the first time since 1994.

Now that Provincials are done, the Falcons women’s soccer team head down to the Canadian Collegiate Athletic Association (CCAA) National Championship. Nationals, hosted by Concordia University of Edmonton, will run from Nov. 6 to 9. The Falcons earned a National Bronze Medal for women’s soccer in the 2018/2019 season.

Fanshawe Athletics announced on Oct. 28 the Falcons’ quarterfinal match on Nov. 6 will be with the Holland Hurricanes, who were undefeated in their conference with a regular season record of 11-0-1. The Hurricanes defeated the St. Thomas University Tommies in the Atlantic Collegiate Athletic Association (ACAA) Championship. 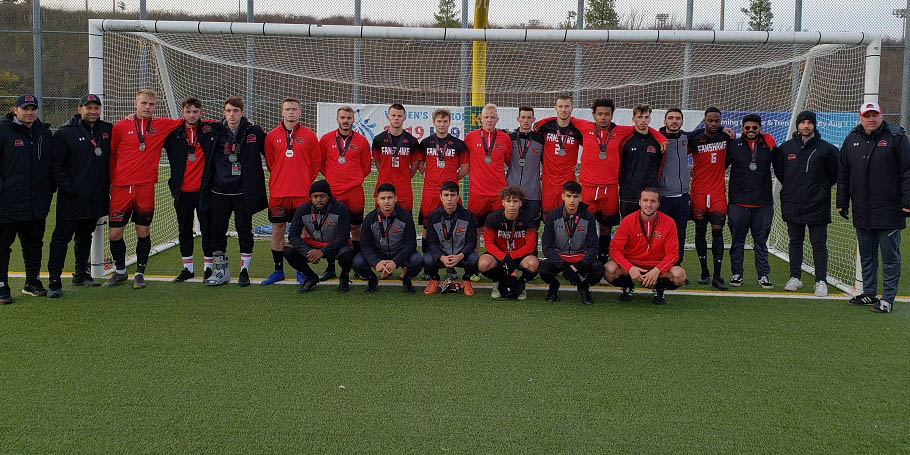 Fanshawe Athletics also announced on Oct. 26 that the Fanshawe Men’s Soccer team nabbed the OCAA Silver Medal after falling to the defending National Champions Humber Hawks 3-0. The silver medal win was the best finish for the Falcons’ men’s soccer team since the 1996/1997 season. Fourth-year centreback Bradley Heath (general arts and science) was the Player of the Match and he and Tomas Alvarez (business-marketing) were the Tournament All-Stars.

Before the Provincials came to a close, both of the Falcons’ soccer teams received more provincial honours.

Fanshawe Athletics announced on Oct. 24 that Kovacevic was named the OCAA Women’s Soccer Player of the Year for the fourth time and is the first soccer player to receive that honour four times. She also received the OCAA League Scoring Championship title after leading the conference with 24 goals and holding the OCAA all-time scoring record with 103 goals. Zavitz, Nielsen, and Selena Roberts (human resources management) were named OCAA West Division First Team League All- Stars for their strong performance in the 2019/2020 season. Falcon defenders Amber-Lea Hodgins (office administration), Daniella Strano (general arts and science) and Natasha Agbaba (business-human resources) were named the OCAA West Division Second Team All- Stars for allowing a league-low five goals against during the 2019/2020 season.

Fanshawe Athletics also announced on Oct. 24 that seven Falcons on the men’s soccer team were honoured in the OCAA, with head coach Rob Pereira earning the OCAA West Division Coach of the Year. Pereira received the honour for the second time in six years as head coach after leading the team to clinch the West Division regular season title for their 8-1 record.