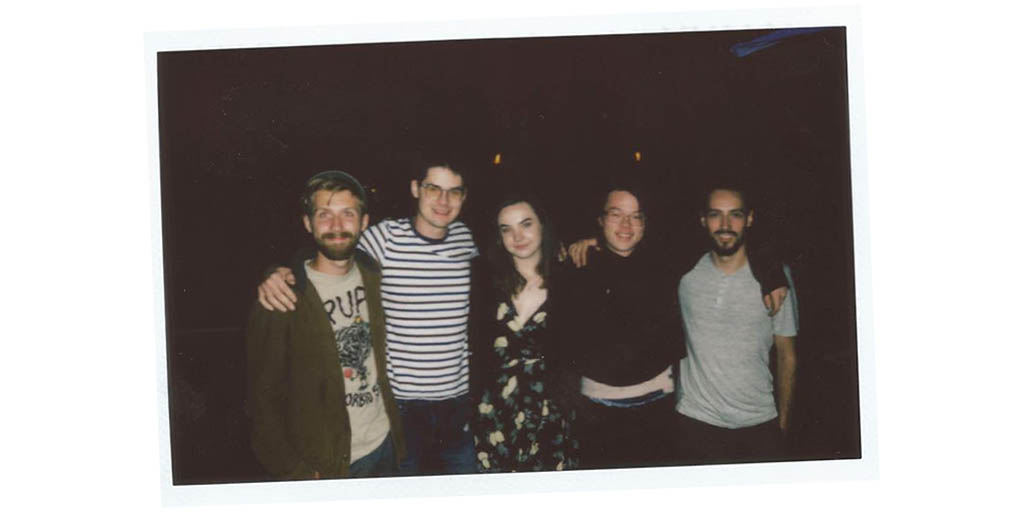 
The Canadian Music and Broadcast Industry Awards (CMBIA) have recently named Fanshawe College Canada’s Top Music School, which is the third time the school has received this honour in a row, this year tying with the Metalworks Institute. Fanshawe’s music industry arts (MIA) program has a large reputation in the industry and continuously produces incredible talent.

Interrobang spoke with some MIA talent who are now pursuing audio post-production at Fanshawe. This group of students first met through the MIA program, and were guided by its teaching staff in order to prosper as the alternative rock band, Allodays.

Allodays is a group comprised of a multitude of musical backgrounds. The lead singer, Maddie Holden, is strongly influenced by R&B singing, a powerful and beautiful way to express your vocal range onto the track.

That powerful R&B vocal is backed up by the bassist, Eric Loree, who said he is strongly influenced by indie music and Paul Mc- Cartney’s bass lines.

Indie music is often a great catalyst for musical inspiration and Allodays is an example of that tradition. Learning from previous, non-corporate bands gives other indie bands the chance they deserve in the music industry. Although remembered predominantly for song writing and singing as part of The Beatles, McCartney’s bass lines were pioneering and influential across the industry. They continue to be influential today as Loree demonstrates.

Guitarist Chris Ma and drummer Jonah Gillespie bring an element of punk influence to Allodays. This is an important genre for London as many of the city’s local acts are punk. The punk scene in London is large and well-known as many other punk bands from across Ontario travel to play here. Punk drummers are chaotic and always make for a fun show.

The second guitarist, Alex Leduc, said he is influenced by metal as well as anything progressive. A good mix of punk, metal and progressive rock makes for an interesting mix of riffs.

“We had so much help from all of the professors at MIA, whether it was through hands-on mentoring or lecturing, they all played a part in how we handle our band”, the band said via Facebook messenger.

When asked about the program’s prestigious CMBIA hat trick, Allodays had the following to say:

“It was an honour to be a part of such a prestigious program that has been recognized as the number one music school in Canada.”

Having graduated from the MIA program, Allodays continues the band’s efforts. The band has been performing across the city and are even branching out of London into different areas of Ontario.

“We’ve played quite a few shows in London by now. Our favourite venues outside of London are The Horseshoe Tavern in Toronto, we also enjoyed playing in The Green Bean Café in Windsor, and The Dickens in Burlington,” Allodays said when asked about live shows. “Our favourite venues [in London] are Call the Office and Rum Runners.”

Allodays has proven that after graduation, a lot can be accomplished in a short period of time. The band just released their first single, “Floating on Air”, is now available on all streaming platforms. They also have an upcoming show on Oct. 20 at The Rec Room in CF Masonville Place.

Comprised of an eclectic array of musical backgrounds and influences, Allodays makes for an impressive alternative rock experience. The band may have had humble beginnings, but they are united in working toward a successful future as professional musicians.

“We met in the lab group we were assigned to and hit it off quite well. Our goal is to make the music we love making and to make a living off of it would be nice,” the band said.

Aside from a sustainable future, the band has other goals in sight.

“Our goal is to have been on a tour, have an album out, and have a fan base that we can keep growing. Our highest hopes are to be playing stadium shows and have a large fan base.”

With shows coming up across the Southwestern region, Allodays is revving up for a great year in the industry.