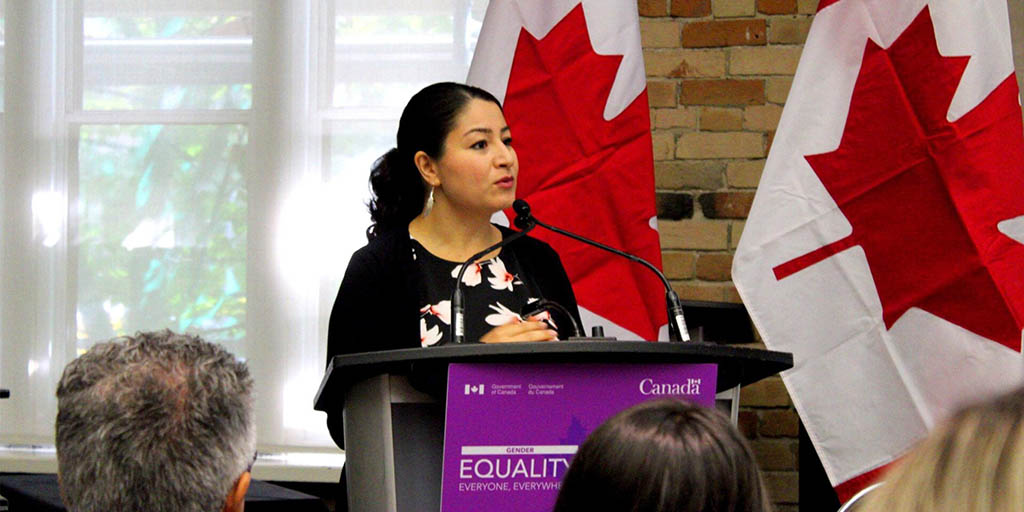 The federal government has announced it will invest $1.5 million towards ending gender-based violence on campus over the next two years.

The announcement was made by Maryam Monsef, Minister for Women and Gender Equality on Aug. 29 at Ryerson University in Toronto, Ont.

She said that 41 per cent of sexual violence cases that are reported to police are from those in post-secondary institutions, and nearly half of self-reported sexual assaults are committed against women between the ages of 15 and 24.

“We know that gender-based violence is complex,” Monsef said in the announcement. “We know that it is preventable. We know that supporting family and survivors has to be at the heart of everything we do.”

In 2015, the federal government launched a five-year $5.5 million commitment to develop a framework to address and prevent gender- based violence at post-secondary institutions across the country.

As part of that framework, a report cultivated by government representatives and experts from Possibility Seeds Consulting, a Canadian firm for policy development to advance gender equality, was launched in January 2019.

According to a Government of Canada press release, the $1.5 million will address gaps in resources in post-secondary institutions, as identified in the report. The funding will also support a web portal that will make the tools that are developed accessible and adaptable to campuses across the country.

Michele Beaudoin, vice-president of Student Services at Fanshawe College, said that the information provided in the portal will help colleges learn from each other as they navigate complex cases.

“By providing us with well-researched information, and a central place to draw from this, we will all benefit from the collective knowledge and practice,” Beaudoin said in an email. “The idea of a national community of practice is reassuring, because we all rely on each other to ensure we provide the best advice, care and solutions for victims of sexual violence.”

For support, Fanshawe has a dedicated Sexual Violence Prevention Advisor who assists survivors with disclosure, reporting and referrals to services or agencies.

In October 2018, the College conducted a full review of the Sexual Violence Policy and Code of Conduct as well. As a result, a Student of Concern Committee was formed to address issues before they become a risk to the Fanshawe community. The committee meets weekly, and has representation from counseling, security, the registrar’s office, residence, international office, Student Success, Sexual Violence and Prevention, and managers from departments or schools.
Gender Gender-based Violence Michele Beaudoin Sexual Violence Sexual Violence Prevention

1
Fanshawe recognizes violence against women
2
You are not alone: Support for survivors on campus
3
Fanshawe's Sexual Awareness Week offers students a sense of safety
4
The gender problem in the film industry
5
Let's get physical (consensually)