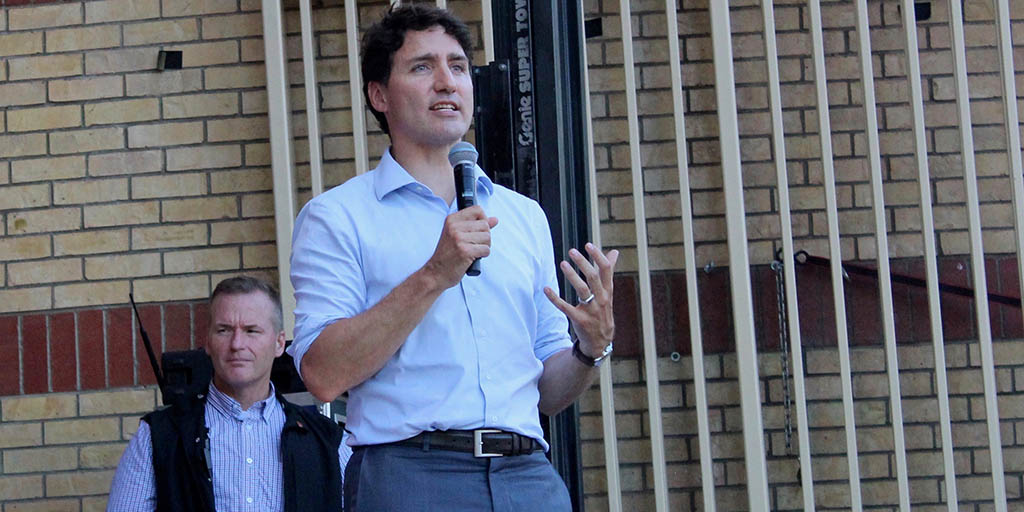 Credit: EMMA FAIRGRIEVE
Trudeau spoke on the TD main stage in Victoria Park along with Mayor Ed Holder and other local representatives.

Prime Minister Justin Trudeau made an appearance at the opening ceremony for the 25th annual TD Sunfest along with other local MPs, MPPs, and London mayor Ed Holder.

Sunfest is one of the largest multicultural festivals in Ontario where performers from across the world share their talents for free at Victoria Park. Trudeau addressed the crowd around 6:45 pm.

He went on to acknowledge how Canada’s diversity is impactful to not only Canadians.

“We’re a model to the world of openness and diversity because Canadians know better than just about anyone else that diversity is something makes us strong and resilient,” he said.

Trudeau also acknowledged the Indigenous performers who performed before his arrival.

“Diversity and backgrounds of stories, of religions, of ethnicities, these are the things that contribute to make us stronger as communities. How we recognize what we need to learn from each other, how we as a country need to learn better how to be real partners in reconciliation with Indigenous peoples.”

Although many in the crowd were enthusiastic and supportive of the Prime Minister, there were no shortages of those with differing political views. Political parties such as the Communist Party of Canada made their presence known with their party flag. Several signs were criticizing the Prime Minister’s past term.

“One of the challenges we have in our democracies around the world today is, people don't spend enough time always listening to each other and that's one of the challenges of diversity as well. That's why I am very happy to see so many people here tonight with strong political opinions and I encourage to get out and vote in the upcoming election because your voices matter,” said Trudeau.

However, Trudeau wanted to address hecklers that attempted to disrupt the national anthem.

“But I will ask one little thing, and I think I can probably get agreement across the political spectrum regardless of the party you support, regardless of your ideology, please don't 'boo' our national anthem.”

“We are proud to be Canadian we are proud that we are in a country that allows for a broad range of perspectives and differences and we learn to listen to each other and demand better each other,” he added.

Sunfest will be ongoing for the rest of the weekend ending on July 7. For more information about Sunfest visit sunfest.on.ca.
Ed Holder Justin Trudeau London News Multiculturalism TD Sunfest