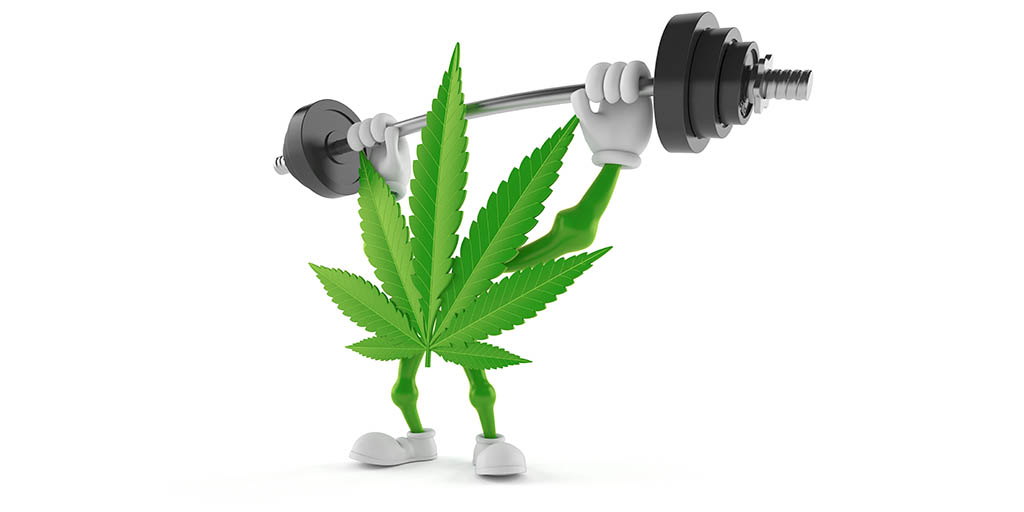 CREDIT: ISTOCK (TALAJ)
Learning about what taking marijuana can do to your body physique.

Marijuana is a controversial topic for some.

Now that it has been legalized in Canada, some of that stigma has lifted from the little green plant.

We have learned of its benefits medicinally prior to the changes. And there are literally dozens, and dozens of articles out there talking about weed to suit just about any recreational users’ motif.

However, still, there is no conclusive study on the impact of muscle development or use for training-related purposes.

But, if you’re thinking of trying it for the first time or already partake recreationally – here’s what we know about weed and working-out.

Will smoking make me lose muscle?

In short, probably not.

At least, depending on your habits. If you’re able to maintain a good diet aside from this, chances are you won’t be losing your progress.

However, smoking is the most common form of use, and smoking itself can increase cortisol which is the stress hormone – simply because of the act itself, not necessarily the herb.

In cases with individuals who have had trouble gaining weight, observations have shown that the temporary increase in appetite has been able to help them gain a healthy amount of weight and muscle mass – with proper nutrition.

I heard weed lowers testosterone. Some believe this to be truth, and others, a myth.

A few early observations have said that the cannabinoids in marijuana disrupt the body’s ability to effectively produce testosterone. Claiming that the Tetrahydrocannabinol (THC) depresses prolactin, thyroid function, and growth hormone, with chronic use.

Mind you, no human trials have begun testing this theory, but highly athletic celebrities including Arnold Schwarzenegger, Olympic gold medalist Michael Phelps, UFC fighters like Nick Diaz, and Snoop Dogg (if you count his special appearance on WWE as sport), have made comments about their use publicly either before or after a training session.

Now, I didn’t want this to be a cliché and lazy debate on what healthy choices should be, or why you shouldn’t smoke, or the fact that munchies tend to ruin diets. Because, truthfully, those outcomes should be widely known to begin with.

Second, I suspect there is a small chance of taking a stranger’s word as truth when it is so easy to do your own research now-a-days. So, I won’t be telling you what you should and shouldn’t do.

There is insufficient evidence to substantiate a proper conclusion to answer if marijuana hinders the ability to build muscle, or supports muscle development.

However, at present, the issue does not arise around smoking weed, or eating edibles whether for recreation or medication.

In a training environment, there are precautions to consider for personal safety and that of others.

A concern to researchers was the fact subjects could not distinguish between levels of intoxication across low and high dose conditions.

This outcome can lead to over-extension of the joints with sophisticated movements, or over-training due to the numbness of the limbs and muscles while exercising.

Many trainers and coaches believe that focus and awareness are the keys to gym safety, along with proper movement.

“Sometimes you see people who smoke marijuana, and they’re like, on it, they’re just focused,” Karen Nixon-Carroll, Manager and personal trainer at Fanshawe’s Wellness Centre had to say.

“But, sometimes that’s a bad thing, because, they’re so uber focused on what they’re doing they have no awareness as to what’s happening around them, [then] accidents happen,” Nixon-Carroll added.

In the end, understanding what does and does not work for you is important in finding balance with training to maintain your health and safety, and of course, moderation.
Fitness Health Marijuana

1
"The sooner you know, the better you are:" How women are demanding better answers for their health
2
Taking care of your sexual health
3
Skincare: Natural isn't always better
4
Coronavirus update: The vaccine is coming
5
Say no to diet culture in 2021

Five products you need in your makeup bag this spring