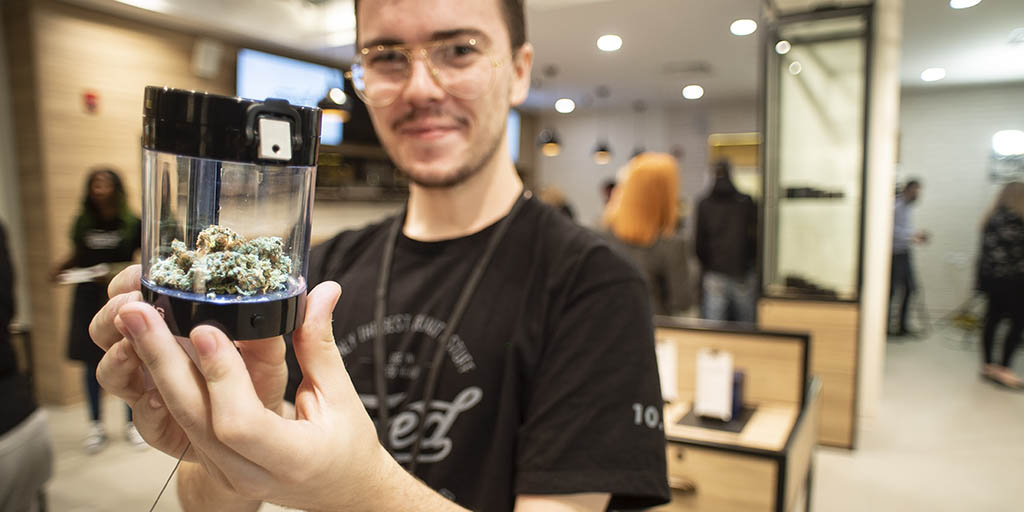 Buying weed in London may soon be as easy as picking up milk, thanks to a new partnership between the world’s largest cannabis company and a major North American convenience store operator.

The two entities will enter into a multi-year brand licensing agreement with an unnamed Ontario lottery winner planning to open a store called Tweed in south London at 1025 Wellington Rd., pending public consultation.

“The local business owner is looking to succeed in this market and really bring a premium experience to the city of London,” Shega Youngson, Canopy Growth’s senior manager of events and community engagement said. “It’s great to be playing the supporting role and helping them really create the right experience, leverage our expertise and also our brand [.]”

According to its website, Canopy Growth was the first cannabis company in North America to be publicly traded. Tweed is the company’s subsidiary brand, under which Canopy already runs brick-and- mortar outlets in Saskatchewan, Manitoba, and Newfoundland and Labrador.

Youngson said that opening the stores helps to ease Canadians into a recently legalized cannabis culture.

“It’s important to have conversations face to face,” she said. “Brick-and-mortar is so important to normalize the industry and make people feel comfortable about these products.”

While the Tweed brand offers a variety of products and accessories, the London store’s inventory will ultimately be up to its owner.

Currently, legal recreational marijuana is solely available online through the Ontario Cannabis Store. In early January, the Alcohol and Gaming Commission of Ontario (AGCO) held the Expressions of Interest Application Lottery to determine who could apply for one of 25 authorized retail store licences. Licensed producers were not allowed to enter the lottery.

According to a report from the Canadian Press, the Ontario government capped the number of stores to 25 due to a shortage of legal cannabis to be addressed by the federal government. The licences are being divided regionally, with five going to the east of Ontario, seven to the west, two in the north, six to the Greater Toronto Area and five in Toronto.

The Canopy Growth/Couche- Tard retailer is London’s second lottery winning applicant, and must now wait for the results of a 15-day objection period, ending on March 7.

“The biggest concern I’ve had to far is just relating to the traffic congestion in that parking lot,” said Elizabeth Peloza, city councillor of Ward 12, where the plaza containing the potential Tweed store is located.

Peloza said that Londoners could express any logistical issues they may have with the store through the AGCO’s website until the end of the objection period (agco.ca/content/cannabis-submissions for instructions).

According to the AGCO’s website, the 25 lottery-selected applicants must submit a Retail Operator Licence Application, along with a $6,000 fee payment and $50,000 Letter of Credit.

Why students should file a tax return