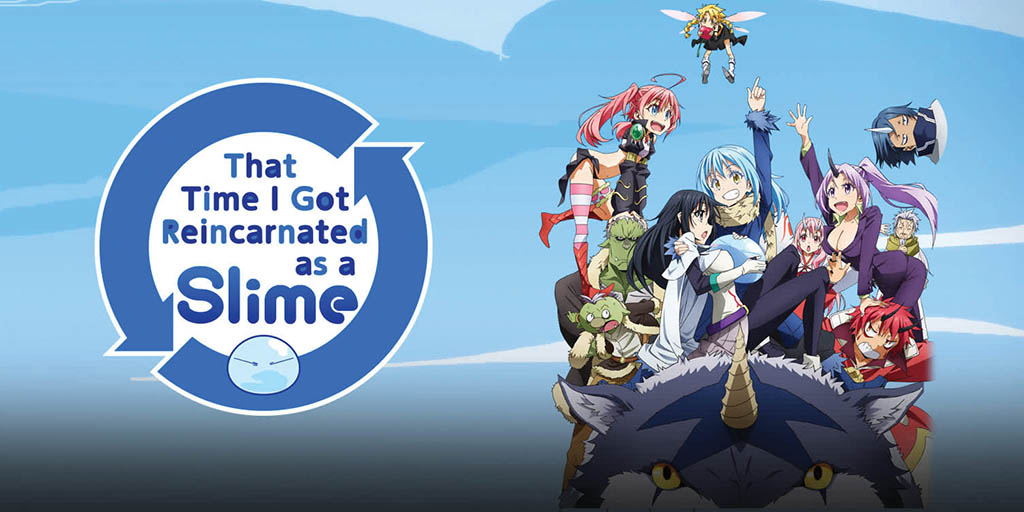 Lately there have been a lot, and I mean a lot, of anime that are based on Japanese light novels being transformed into anime.

Many of them became instantly famous such as recent titles like Goblin Slayer and The Rising of the Shield Hero. Among the well of these growing anime series is one that most anime otakus have probably been told to go watch immediately, from my own personal experience, or are already hooked to.

That Time I Got Reincarnated as a Slime, takes a spin to the reincarnated genre and makes the over-powered main character, the seemly weakest creature in a fantasy world: slime.

Originally written by author Fuse, That Time I Got Reincarnated as a Slime is a hilariously fun tale that throws fun puns in even the most inappropriate of moments, while also retaining the serious plot in the undertone the series.

After being stabbed to death at random in his first life, Mikami Satoru awakens in his second life to reveal… that he has been reborn into a slime! Apparently not one to let this keep him down, our hero goes about figuring out how to survive in this world as the weakest creature there is. Fortunately for him, what he discovers is that he came over to this new world with a few… perks. Actually, scratch-that, he has all the perks. And thus begins the tale of Rimuru Tempest, the world’s most powerful slime.

Starting from here we are getting into spoiler territory, if you wish to see none, please look away.

So what has people all abuzz for this anime?

One would be the great sense of humour the series trickles into it.

One of the very first scenes we are treated to in the series is the unfortunate death of the main character. As much as it is tragic for the character, it is amusing to the audience. For as the character is thinking of all the pain he is going through, he is also ignoring the very obvious voice announcing every ability he is unlocking for his new life. What has to be the most ironic and hilarious coincidences in this scene is when the dying Satoru wishes “to be able to hunt all the ladies” in his next life, which somehow is translated into the most over-powered ability in his arsenal, Predator, an ability that allows him to gain the abilities of creatures and objects he absorbs.

These type of scenes, a serious tone sprinkled with fun, is a great continuous theme throughout the series. From Rimuru becoming a sworn brother to a powerful dragon to him inadvertently becoming the leader of a monster nation, there is never a dull moment for our slime.

But it isn’t all bells and whistles for our hero. There is a heavier plot floating in the background behind all the light-hearted fun. These moments are fewer than the victories for Rimuru, but they hit emotionally hard to both the characters in the show and those watching it. We watch Rimuru lose someone really precious to him and see things such as evil being born from those who only wished to save others. That Time I Got Reincarnated as a Slime, knows how to keep things light, but also knows how to keep an audience pulled in by its deeper plot.

It doesn’t hurt that the series’ well done animations portraying the elasticity of slimes to the great epic battle moves, keeps the eyes of viewers glued to the screen. So take a chance and watch That Time I Got Reincarnated as a Slime to find out exactly why anime fans are fangirling and fanboying over it.
Anime

1
Your guide to classic anime
2
Summer Watchlist: My Neighbor Totoro

Velvet Buzzsaw: One of Netflix's best