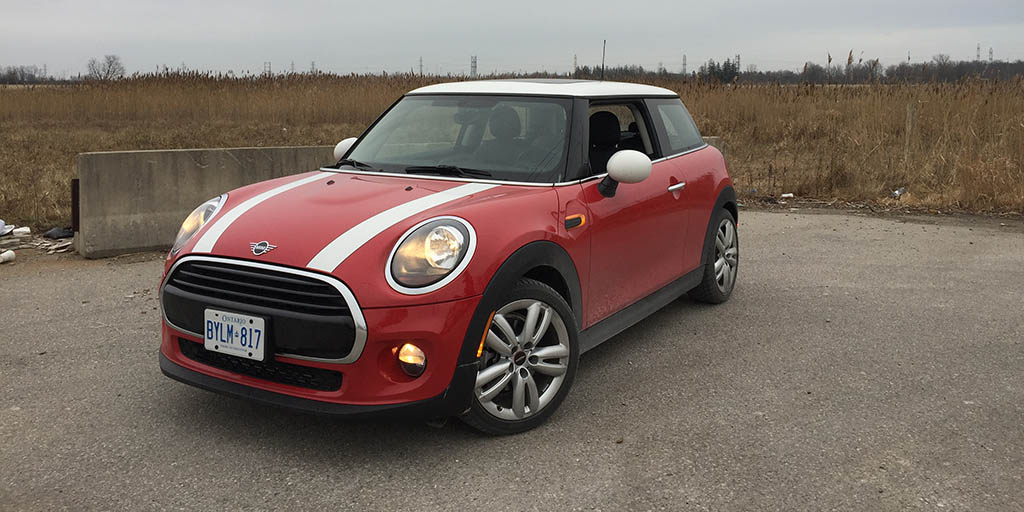 CREDIT: NAUMAN FAROOQ
The 2019 MINI Cooper is definitely a vehicle to check out and test drive this year.

The current generation of the MINI Cooper has been with us for a number of years, but for 2019 it has received a few updates.

However, these updates are not easy to spot, so let’s look at the car in detail to examine them properly.

Exterior & Interior: You will be hard-pressed to find any styling differences between the 2019 MINI Cooper versus the previous years model. There is a new, two-dimensional logo, and new optional LED headlights, which would also then give you tail lights that resemble the British flag, not that my tester had this option. Apart from that, there is not much else new about the 2019 model, so if you’ve liked the look of the Cooper in recent years, you’ll like the update, too.

Same story when you open the door, the interior is largely the same as it was in previous years, but now has some cool options, such as available 3D printed parts which are customizable to suit the cars owner – not that my tester was fitted with any of it. If you have the base model (as tested) than you get a 6.5-inch infotainment screen, however, a new 8.8-inch touchscreen navigation system screen is also available.

However, my tester was very skinny on options, only offering the panoramic sunroof, heated front seats, fog lights, and 16-inch Victory Spoke wheels.

Powertrain: For the Canadian and American market, the powertrain has not changed at all. While other markets are offering the Cooper with a seven-speed dual-clutch transmission, we still get the old six-speed manual (as tested) or six-speed automatic transmission, which is mated to an old, familiar engine. Under the hood lies a turbocharged 1.5 litre three cylinder engine, which produces 134 horsepower and 162 pounds per foot of torque. Launch it correctly and it’ll sprint from 0 to 100 kilometres per hour in a respectable 7.9 seconds, and top out at 210 kilometres per hour so, fast enough to get you in serious trouble.

Driving Dynamics: Numbers are one thing, but how a car makes you feel on the road is very different. I’ve always enjoyed my time behind the wheel of a MINI Cooper, regardless of the engine it came with, but this time, I kept wishing for more.

Having recently tested a MINI Clubman model with the same engine, but paired to its optional eight-speed automatic gearbox, I thought the smallest (3,837 millimetres long) and lightest (1,191 kilograms) MINI model with the manual gearbox would feel very lively, but it just never did. I think part of the fault is that a few years ago, MINI had taken the “Drive Mode Selector” switch out of the three-door, five-door and convertible Cooper models; while that is still offered in the Clubman and Countryman model with the base engine. Being able to select a mode for the driving you were in the mood for made a lot of difference. The default mode in my three door tester had just felt dull, I really did not enjoy driving this MINI.

Thankfully, it still handled just like a MINI should, which means a good, well sorted chassis and excellent steering; mind you, the ride quality of the three-door, due to its short wheelbase (2,495 millimetres) was never going to be smooth.

You’d put up with the bouncy ride, if the motor would plant a smile on your face every time you stepped on the throttle, and while that might still be true with the Cooper S (189 horsepower) and Cooper JCW (228 horsepower) models, the base Cooper (134 horsepower) left me feeling a bit shortchanged.

Fuel Economy: If you’re looking for an economical car, you’ll be happy with the MINI Cooper. In my test cycle (170 kilometres of highway driving + 130 kilometres of city driving), I averaged 7.7 l/100 kilometres, that’s not bad at all, considering this test took place in winter. However, just keep in mind, that MINIs prefer mid-grade or premium fuel (nothing less than 89 octane will do) and that means you will be spending a bit more at the pumps than you’d like.

Pricing: The 2019 MINI Cooper starts from $23,090, options can take it much further up from there. Personally, I think MINI needs to be far more aggressive with their pricing, because when you look at what the competition gives you for similar money, the MINI certainly isn’t a bargain.

Verdict: The updates to the 2019 MINI Cooper are far too minimal to stand out, and while it has plenty of good qualities, the competition has only grown stronger in recent years, and the Cooper hasn’t been fully reworked since 2014, and its age is beginning to show. Let’s hope an all-new Cooper is not too far away.