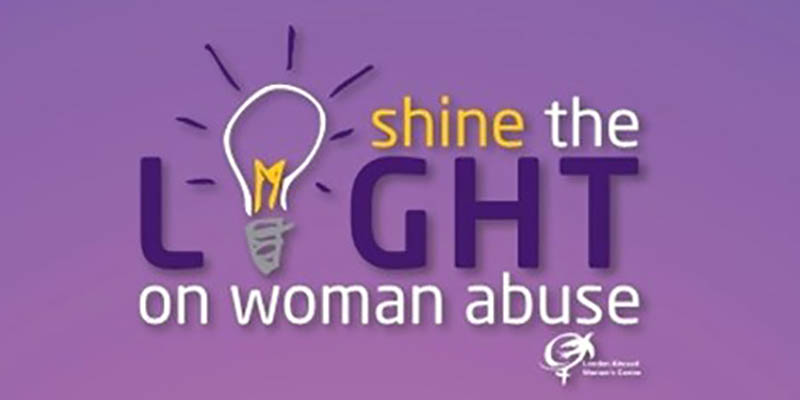 The London Abused Women's Centre will turn London purple as part of its ninth annual Shine the Light on Woman Abuse campaign.


London will turn purple for the entire month of November as part of the ninth annual Shine the Light on Woman Abuse campaign.

The campaign is an initiative ran by the London Abused Women’s Centre (LAWC) to raise awareness of the issue of men’s violence against women.

“We like to show women that we stand with them, and that any shame or blame that they feel should be placed on the perpetrator of the abuse,” LAWC’s special event co-ordinator, Jennifer Dunn, said.

Dunn said that purple is a focal point of the campaign because it represents an important message.

The campaign kicks off with a tree-lighting in the south west corner of Victoria Park on Nov.1. The tree will be lit with purple bulbs and stay on for the entire month to show solidarity for women walking by it who may be experience violence or abuse. The City of London will leave the tree lit for the holiday season as well.

At the tree-lighting will be guest speaker Jennifer Holleman, to talk about her late daughter, Maddison Fraser, whose life was marred by human traffickers. Fraser died in a car crash with an individual believed to be her john in 2015.

Fanshawe participates in the campaign on Nov. 5 with its annual Chalk Walk. Students and staff are encouraged to write statistics and information about violence against women on the sidewalks around campus.

“This is a way for students to intake the information in a different way than just a poster or seeing things on social media,” Leah Marshall, Fanshawe’s sexual violence prevention advisor, said. “The messaging is left until it wears off the sidewalks. It’s to give information about why it’s important for use to shine the light on women abuse as well as start some conversations around providing students with the statistics.”

The College’s exterior lights near the Chalk Walk will be lit purple as well, while residence lobbies will be adorned with purple decorations and stats provided by LAWC.

Later on in the month, Nov. 15, is the campaign’s Wear Purple Day. Londoners are encouraged to wear a purple article of clothing, turn on a purple light bulb at their house, or shine a purple light at their building.

Dunn said that one of the key ideas of painting the city purple is to literally highlight the fact that abuse is a community issue, rather than a private matter, and one that has to do with social inequalities.

“With the campaign being in the ninth year, we feel like it’s very important to remind people that women’s equality – we’re not there yet,” said Dunn. “It all stems from patriarchy, men being the ones that are in power. We need to make changes in our every day, whether it’s political or social or whatever kind of change you feel like you can make to show that women need to stand shoulder to shoulder with men.”

Since launching the campaign in 2010, Shine the Light has received an endorsement from the Prime Minister. Last year the campaign also spread to Sweden and Australia.

Leah Marshall is available to meet confidentially in the counselling and accessibility services office with any student experiencing abuse. Her email is lkmarshall@nullFanshawec.ca.