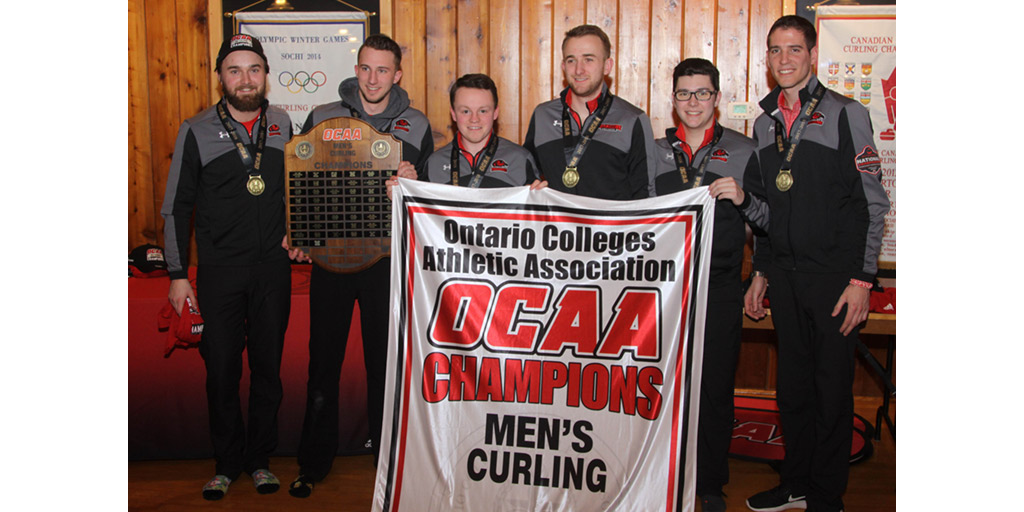 Curling
On Thursday Feb. 8, Fanshawe's curling teams travelled to Sault Ste. Marie to compete in the Ontario Colleges Athletic Association (OCAA) Provincial Championships. The falcons finished the tournament on a successful note, with each team taking home a medal.

The men's team finished the tournament in first place after defeating the Sault Cougars with a final score of 7-4 in the gold medal match. The men's team will attempt to defend their title as national champions at the Canadian Collegiate Athletic Association (CCAA) National Championships later next month in Leduc, Alta.

The women's team captured the silver medal after falling to the Niagara Knights in the final match of the tournament with a final score of 10-7. The women's team will also be moving onto the CCAA National Championships in Alberta.

When asked how the team performed overall at the tournament, skip for the women's curling team Kaitlyn Poirier said, “We definitely got better as the week went on. I still don't think that it was our best performance. We have a lot of work to do before nationals but I have confidence in [my teammates] and their abilities.”

Poirier explained that winning the semi-final game against the Fleming Knights was her favourite moment from the tournament. She said the team was down 5-0 at the fourth end break. “To be down that many points and to come back to win [the game] was a pretty good moment for us,” Poirier said.

The mixed team also finished the tournament and their 2018 season by winning the silver medal. Like the men's team, the mixed team faced off against the Sault Cougars in the gold medal match. However, the falcons fell to the Cougars with a final score of 7-2.

In addition, a member of the Fanshawe curling staff also received an award at the tournament. Shirley Westman won the Coach of the Year Award for OCAA mixed curling.

Volleyball
The men's volleyball team has made Fanshawe history by finishing their season undefeated, with a final regular season score of 17-0. The falcon's history defining season and stellar success has bumped them into rank #1 in the CCAA top 15 as the team heads into the OCAA Provincial Championships at Georgian College from Feb. 21 to 24. The falcons recently played their first match of the playoffs against the Centennial Colts from the east division on Feb. 17 in the J gym. The falcons were victorious, winning all three sets in a row.

Badminton
The falcons claimed two silver medals at the OCAA Provincial Championships over the long weekend. Sahil Sahil placed second in the men's singles category and Riley Hogan took second place in the women's singles category. Both athletes will be travelling to Concordia University in Edmonton, Alta., at the end of the month to compete at the CCAA National Championships.