Fear For Thought: The Handmaiden is beautifully bizarre 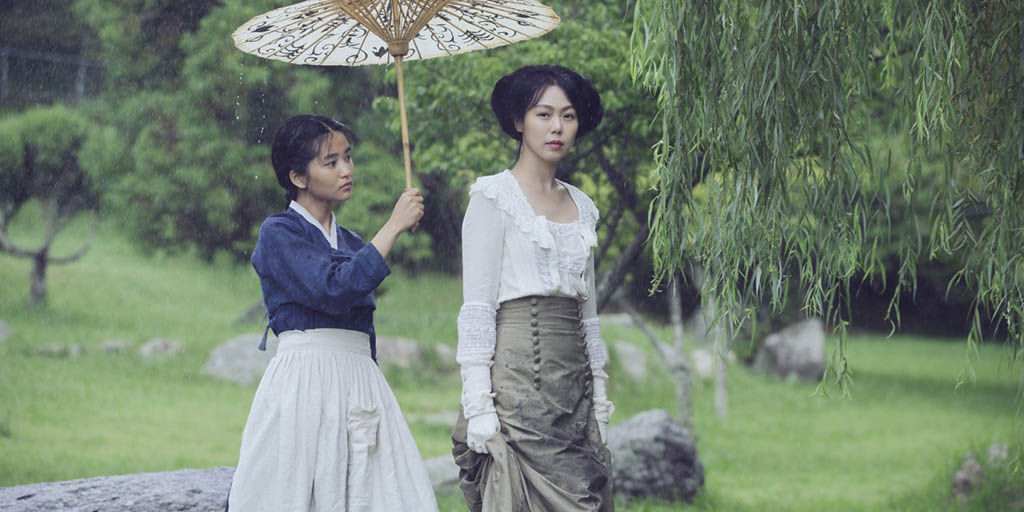 The Handmaiden is not your grandmother's costume drama.


On the surface, The Handmaiden is as high-brow as cinema comes. It is a two-and-a-half hour-long foreign language costume drama with lush cinematography and an orchestral soundtrack, taking place in Japanese-occupied Korea during the mid ‘40s. All the accoutrements of a stuffy period piece are there, right down to endless drawers of gloves.

But deeper down the rabbit hole you’ll find some of the wildest, most bizarre concepts ever committed to the big screen. Such is the trademark of South Korean director Park Chan-wook, whose previous films Oldboy, Thirst and Sympathy for Lady Vengeance have established his knack for simultaneously mesmerizing and shocking audiences all over the world (modern retelling of Oedipus Rex disguised as a martial arts flick, anyone?).

The Handmaiden revolves around Sook-Hee, a spirited pickpocket commissioned by a conman to assist him in his heist to seduce and marry Japanese heiress Lady Hideko before discarding her in a mental asylum, with his newfound fortune in tow. It is Sook-Hee’s job to pose as the Lady’s trustworthy handmaiden and persuade her to fall in love with him. In an unprecedented twist of fate, Hideko falls for Sook-Hee instead. You might assume that the rest of the film depicts Sook-Hee’s struggle to come clean with Hideko, but this complication is only the first of many, many more.

From vampire priests to vengeful teenage mothers, Chan-wook excels at making movies about irregular characters going on strange journeys, unravelling stories solely from their perspective so that we may sympathize with them each step of the way. In The Handmaiden, this style of storytelling makes for a refreshing portrayal of homosexuality mirroring all the conventions of any other heteronormative movie. For all its offbeat bravado, the film barely bats an eye at the fact that its love interests are of the same gender, which is a rare occurrence even by today’s standards of filmmaking.

Those who have yet to experience the work of Chan-wook ought to be prepared for an elaborate narrative presenting itself as a moving puzzle, while fans can rest assured that this is the ingenious director at his best. Without giving too much away, a question is posited halfway through the film that asks, what is Hideko’s uncle keeping in the cellar?

Just wait until you find out.