Putting the 'bad' in schmorts? 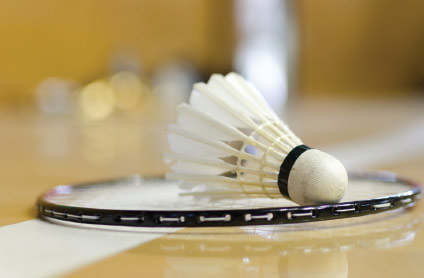 CREDIT: JIEOPHOTO VIA THINKSTOCK
Is it really that bad? The verdict is in on whether badminton is a sport.

Bye-bye birdie, hello badminton. It’s a classic back-and-forth seen both in backyards and in sanctioned competitions. Badminton can be played one-on-one or in teams of two, requires a certain amount of skill and energy, and its place in the Olympics means that most don’t question its validity as a sport. The game’s volley with the ever- airy birdie can get a bit leisurely though, as returns of the birdie get increasingly light ‘n’ easy. The traditional racquet sport also harkens to old-fashioned images of ladies in hoop skirts almost as much as it does to lightning-fast athletes in their prime. So, does this Olympic pastime have validity as a sport, or is it a schmort at heart?

Badminton is played with racquets, a net, and a birdie – that’s about it. The opponents determine who will serve and who will receive, with the starter serving diagonally over the net to the receiver. From there the players can volley the birdie wherever they’d like, sending one another careening back and forth across the court. When one side lands the birdie in a score, they get to serve the next round, and play continues. Traditionally, a match is made up of three games, with each game ending at 21 points, unless a close call forces scoring up to whoever scores the 30th point. The player who wins the best of three games wins the match.

Badminton is extremely accessible, as it really only requires some dollar-store racquets and a half-decent birdie; consequently, this game gets a reputation as a leisurely pastime at beaches, barbecues, and backyards galore. Badminton is consequently seen as less of a sport, what with kids cavorting about in something that lacks the regulation of organized sport. Many games find themselves touting the title of recreation rather than sport as a result of their popularization in less-athletic realms. The prestige as the game of champions gets diluted as it becomes a loose romp, to be casually enjoyed: “Is anyone keeping score?” “Who cares, it’s just a game.”

Badminton also emerges from a time of old-fashioned decorum, meaning that one can easily draw upon images of ladies in hoop-skirts givin’ it all they can muster – and they can’t muster much, what with tripping over inconvenient and unathletic attire. Badminton was made to be played by people who can participate despite cumbersome attire, where other games require that one is as aerodynamic as possible. I used to work at a historical museum, and one of my duties in the summer would be to play badminton against patrons, while dressed in full-1920’s garb. Trust me, the game doesn’t demand a particularly sporting uniform.

Nonetheless, it’s important to acknowledge that professional badminton players can become astoundingly skilled and quick. They dash across the court to dive in and whack the birdie over the net, or spike it into the face of their opponent. This requires a certain amount of athletic talent, which your average Joe cannot profess to possess.

Badminton has also maintained its status as an Olympic event, despite the fact that – if the players aren’t giving it their all, as in the case of a match fix at the London 2012 games – badminton is deathly boring to watch. When they are hitting that birdie with all that they’ve got, the game gains a redeeming competitive edge – and that’s what sports are made of.

Another MLS team in limbo